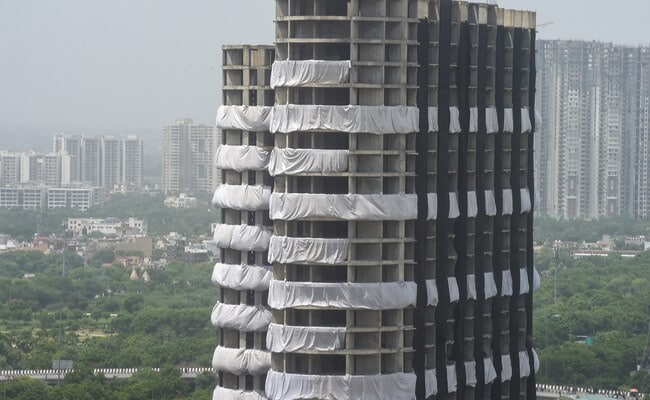 Noida twin towers: A major dust cloud is expected in the wake of the demolition.

The wind direction around the Supertech twin towers in Noida on Sunday changed towards east ahead of their demolition, which will make dust particles drift towards Greater Noida and Bulandshahr instead of Delhi, officials said.

For the last one week, the direction of wind was towards the west but the change was sudden, Regional Officer, Uttar Pradesh Pollution Control Board, Praveen Kumar said.

“The wind direction today is towards the east. It is expected that dust particles in the aftermath of the demolition would go towards Greater Noida and Bulandshahr,” Mr Kumar said.

According to the officials, a wind direction towards the west would have been more favourable as the dust cloud and particles would have flown towards an open park instead of the residential parks behind the twin towers.

Besides a huge pile of debris, a major dust cloud is expected in the wake of the demolition at 2.30 pm. It would take at least 10 minutes for the dust cloud to dissipate, the officials said.