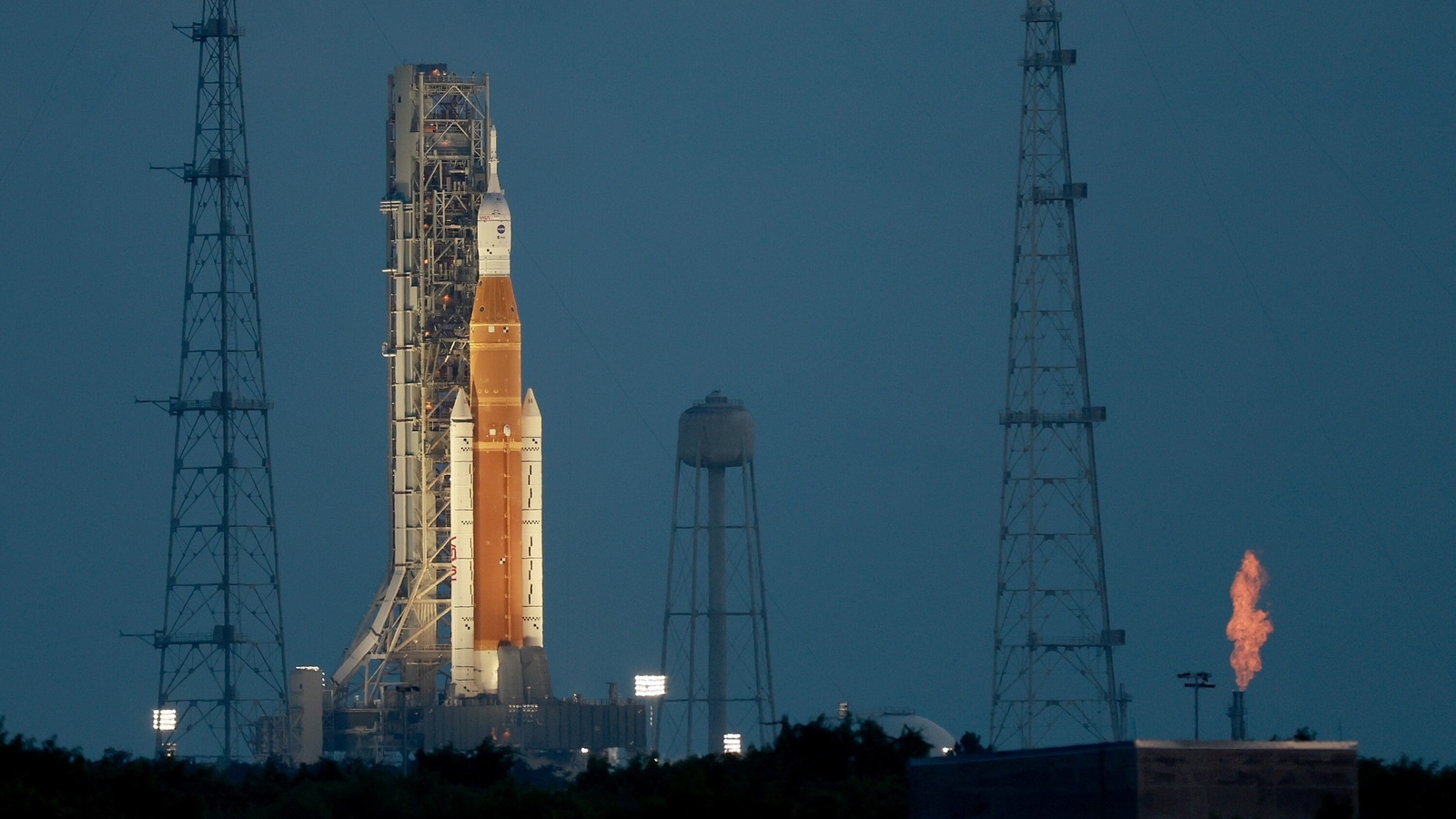 NASA is set to make another attempt to launch the Artemis moon rocket on Saturday after its earlier attempt failed this week due to a problem in one of the rocket’s four main engines.

NASA is set to make another attempt to launch the Artemis moon rocket on Saturday after its earlier attempt failed this week due to a problem in one of the rocket’s four main engines.

Through this mega mission, NASA intends to send the Space Launch System (SLS) rocket and Orion capsule on a more than month-long journey around the moon

“NASA is targeting 2:17 p.m. EDT on Saturday, Sept. 3, for the launch of Artemis I, the first integrated test of NASA’s Space Launch System (SLS) rocket, Orion spacecraft, and the ground systems at the agency’s Kennedy Space Center in Florida,” the US space agency said in a statement.

The Artemis I flight test is an uncrewed mission around the Moon that will pave the way for a crewed flight test and future human lunar exploration as part of Artemis.

The launch countdown will resume Saturday, September 3, at the opening of a planned 2.5-hour built-in hold, which will begin at 4:37 am (local time).

“Managers waved off the first launch attempt on August 29 when launch controllers were unable to chill down the four RS-25 engines, with one engine showing higher temperatures than the other engines,” the statement said.

NSA Teams currently are analysing data, updating procedures, and checking out hardware to address the issues.

On Monday, NASA called off a planned test flight of the Artemis rocket around the moon after a series of setbacks including an engine issue, a hydrogen leak, and stormy weather off the coast of Florida.

“The launch of Artemis I is no longer happening today as teams work through an issue with an engine bleed. Teams will continue to gather data, and we will keep you posted on the timing of the next launch attempt,” NASA said in an earlier tweet.

It’s the first mission in NASA’s Artemis lunar program, which is expected to land the agency’s astronauts on the moon by its third mission in 2025.

NASA plans to fly Orion as close as 60 miles above the moon’s surface, before moving into a wide orbit around the lunar body. To return, Orion will use the moon’s gravity to assist it in setting a trajectory back into Earth’s orbit.

Orion is expected to splash down in the Pacific Ocean off the coast of San Diego, California where a team of NASA and Department of Defense personnel will recover the capsule.