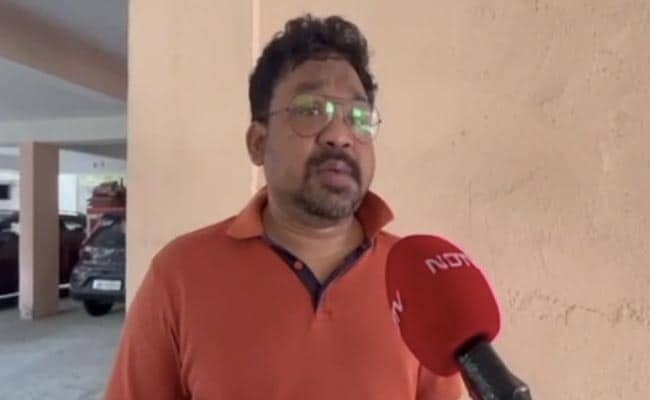 Suspended Jharkhand BJP leader Seema Patra, arrested for allegedly torturing her domestic help, was exposed when her son tipped off a friend, who then went to the police.

The friend, now the complainant, alleges sending her son Ayushman to a mental health institute, could be an attempt at shielding herself.

But Sunita Khaka, the 29-year-old help who was beaten, starved and even forced to lick urine off the floor, says he saved her life.

They had gone to engineering college in Ranchi together and had reconnected about a decade ago.

On August 2, Vivek Baskey received a frantic call from his friend, who said there was a tribal girl at his home who needed to be rescued.

“It was around midnight on August 2, around 1:15 am. He called me and his voice was at a very high pitch. He was telling me, Baskey, please save that girl. He said Seema Patra was assaulting her in a terrible way,” Vivek Baskey told NDTV.

“The mother also called at the same time, saing her son Ayushman is not in a good mental state and acting violent and all. And you need to do something,” Mr Baskey said.

Upon reaching their house, Mr Baskey said he was not allowed in. Seema Patra denied having any conversation with Mr Baskey.

“Being a responsible citizen, it was my moral duty to save that woman,” said Mr Baskey.

Ayushman also shared photos on WhatsApp, which chilled Mr Baskey to the core, and convinced him to go to the police against a powerful politician.

“This got my wife and I discussing. That something is going on. Ayushman was helpless or whatever and wanted me to save her,” Mr Baskey added.

The domestic help was rescued on the second attempt.

Seema Patra was arrested this morning, a day after videos of her employee alleging unspeakable torture went viral.

The BJP leader allegedly admitted her son to Ranchi Institute of Neuro-Psychiatry and Allied Sciences when she learnt he was trying to help Sunita.

When asked why she had admitted her son, she told NDTV she had sent him to hospital because he was unwell.

On whether she had admitted Ayushman to hospital for exposing her horrific abuse of the help, Ms Patra said: “I will answer all questions. You will have to wait.”

She insisted she is innocent. “I have been framed. This is political,” she said.

“Not at all. We did it very quietly,” said Nr Baskey countering Ms Patra’s allegation, adding that they knew her husband, Maheshwar Patra, is a retired IAS officer.

When pressed for answers on how the woman was injured, Ms Patra said: “I am innocent.”

After rescuing the 29-year-old woman from the Patras’ home, the police took her to Rajendra Institute of Medical Sciences (RIMS) for treatment, officials said.

On Ms Patra’s son Ayushman, whose gesture saved her, she said: “It is only because of him that I am alive.”