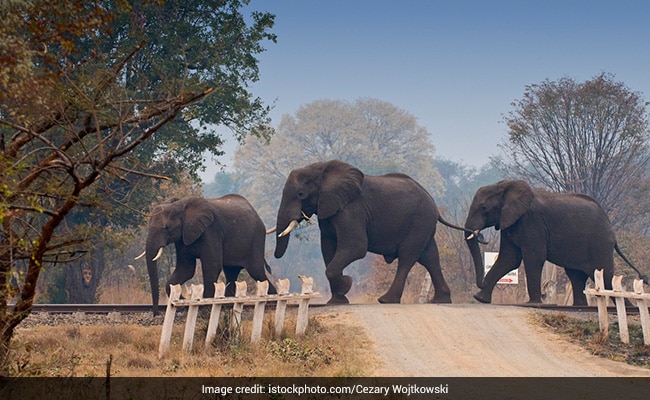 The man moved without recognising the presence of the wild elephants. (Representational)

An unidentified person was trampled to death by wild elephants in a forest area in this southern Kerala district on Monday, police said.

The incident was reported from a forest area in Achankovil, an inter-state border point between Kerala and Tamil Nadu, they said.

Police said the man in his mid-50s was allegedly attacked by a group of three elephants as he was walking on a road that passes through the dense forest.

The movement of the man, allegedly mentally challenged, was noticed by the locals.

He was attacked by the elephants as he allegedly moved ahead without recognising the presence of the wild elephants on the road, police said.

Achenkovil SHO Sreekrishnakumar said the victim could not be identified as his face was damaged beyond recognition.

An investigation has been launched to identify the man and as part of the process, his photos have been sent to the police in Tamil Nadu also, he said.

The victim’s body has been shifted to the mortuary of the Parippally Medical College here, he said.