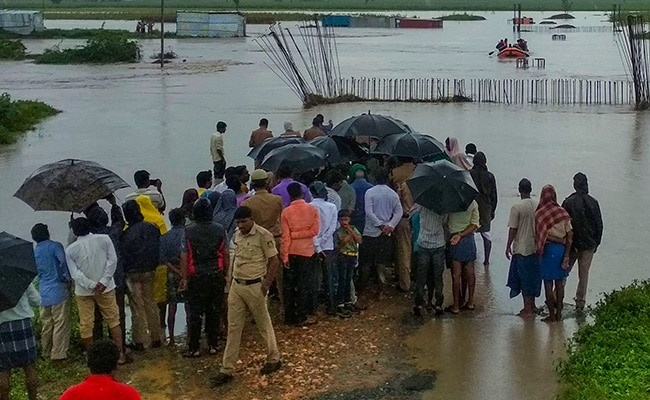 The Karnataka government has estimated rain-related losses since June to the tune of Rs 7,647.13 crore, and will be sending a proposal to the Centre seeking a relief of Rs 1,012.5 crore as per National Disaster Response Fund (NDRF) norms.

It will also ask the Union government to depute an Inter-Ministerial Central Team to assess damages caused by rains, floods and landslides in the State, Revenue Minister R Ashoka said on Tuesday.

“A total of 23,794 houses have been damaged and crop loss is to the tune of 5.8 lakh hectares since June, so far. So we will be requesting for a central relief of Rs 1,012.5 crore as per NDRF norms. This does not include the losses due to rains in the last few days,” Mr Ashoka said.

Detailing the compensation being provided by the State to those affected by rains, he said, the government is with the affected people and will provide all possible assistance in rebuilding their lives.

“We will get central relief, but the Chief Minister has given instructions to provide immediate relief without waiting for Central assistance,” he said, adding that there have been rains and related flooding and landslides successively during the last five years.

Since June 1, Karnataka has received 820 mm of rainfall, affecting 27 districts and 187 villages, impacting a population of 29,967; while nine mm rainfall has been recorded in the last 24 hours affecting 20 villages in Ramanagara, Chamarajanagara and Mandya districts, impacting lives of 3,000 people.

According to the Minister, a total of 96 people have lost their lives, while three are missing due to rain-related incidents since June; three people have died in the last 24 hours alone.

Regarding rains that the State is witnessing for the last few days, he said, Deputy Commissioners have been instructed to take necessary measures and provide immediate relief to those affected by rain-related incidents like house damage.