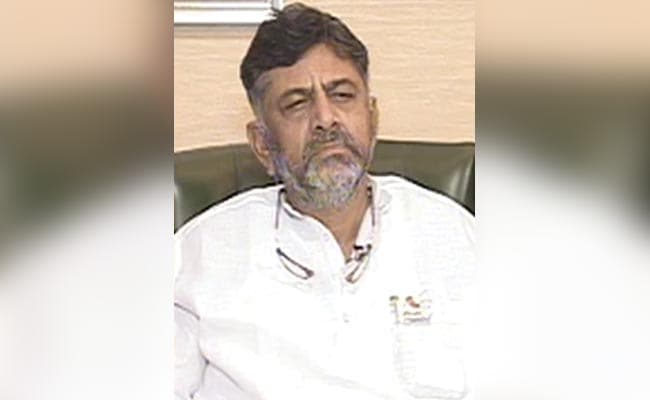 DK Shivakumar said he was “ashamed” that this was happening in a state like Karnataka.

The Congress today accused the BJP of deflecting attention from multiple corruption scandals in Karnataka ahead of the next year’s elections, with focus on communal issues like the row over hijab, halal meat and the lately, the Ganesh Chaturthi celebration on Eidgah land. In an exclusive interview with NDTV, the party’s state unit chief DK Shivakumar said, “Karnataka has become the corruption capital of the country. In order to cover that, they are coming up with hijab, halal, the Eidgah issue and all these”.

Over the last year, the state has witnessed multiple divisive rows starting with the ban on hijab in educational institutions. Yesterday, a government order allowing Ganesh Chaturthi celebrations at Bengaluru’s Eidgah Maidan was bypassed by the Supreme Court. But celebrations were allowed by the High Court on Eidgah land in Hubballi.

This was the second time the contractors’ association has written to the Prime Minister.

The state’s contractors have repeatedly alleged paying bribes of up to 40 per cent of the value of a project to government officials to secure contracts.

In their letter, the contractors have questioned which way the state is heading, claiming that during the Congress regime, they had to pay only 10 per cent, he said.

Two schools associations have written to PM Modi claiming they are pressured to bribe government officials for a host of clearances — renewal certificates to fire and safety clearances and building norms.

They have also claimed corruption linked to the mandatory admission of students from economically weaker sections, who are allowed to study free of cost. The schools are to receive government reimbursement for this. But here too, officials have to be bribed to release funds, the associations have claimed.

The state government has denied the allegations.

Mr Shivakumar said he was “ashamed” that this was happening in a state like Karnataka, where “highly educated, progressive people live”.

There has been a buzz for weeks about a leadership change in the state. But state BJP leaders have vociferously denied it, claiming that Mr Bommai will lead the party to elections.