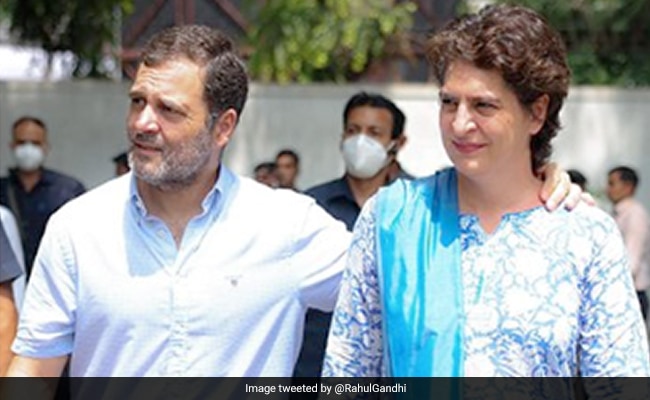 Congress leaders Rahul Gandhi and Priyanka Gandhi Vadra today demanded justice for a Class 12 student who died after being set ablaze by a man for not reciprocating his overtures, and said the person who committed the crime be punished at the earliest.

The incident took place in Jharkhand’s Dumka district on August 23. The accused, identified as Shahrukh, allegedly poured petrol on the teenager from outside the window of her room when she was sleeping and set her on fire, according to police.

The student, who was undergoing treatment at Ranchi’s Rajendra Institute of Medical Science (RIMS), died in the early hours of Sunday.

The girl and her family will get justice only when the perpetrator of this cruelty get the harshest punishment at the earliest, Rahul Gandhi said.

He also called for creating a safe environment in the country for women.

Congress general secretary Priyanka Gandhi Vadra said, “Jharkhand – The incident of ruthless murder of a girl studying in 12th is heart-wrenching. Criminals should be given punishment at the earliest.”

“For crime prevention and justice, it is necessary that strict and speedy legal process should be completed in incidents of crime against women,” she said in a tweet in Hindi.