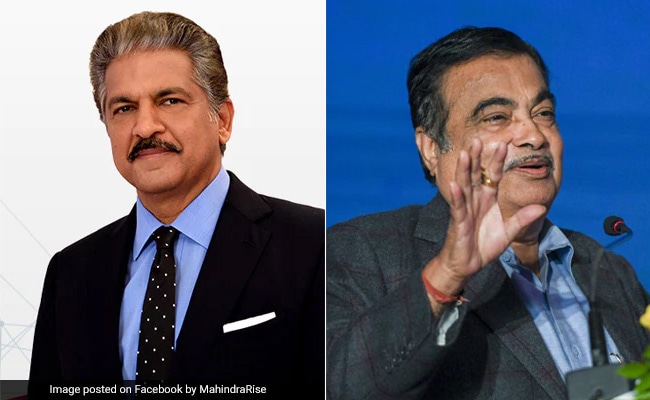 The video garnered more than two million views and over 37,000 likes.

Industrialist Anand Mahindra is an avid social media user and his fascinating Twitter posts usually go viral in no time. On Saturday, the Mahindra Group Chairman retweeted a video of a beautiful tree tunnel – also known as a “Trunnel” – and urged Union Transport Minister Nitin Gadkari to “purposefully” plant trees on the new rural roads that are being built across India.

“Trunnels” are roads where the trees on each side form a continuous canopy overhead. Sharing a video of one such tree tunnel, Mr Mahindra wrote, “I like tunnels, but frankly, I’d much rather go through this kind of ‘Trunnel’ …@nitin_gadkari ji, can we plan to purposefully plant some of these trunnels on the new rural roads you are building?”

I like tunnels, but frankly, I’d much rather go through this kind of ‘Trunnel’ …@nitin_gadkari ji, can we plan to purposefully plant some of these trunnels on the new rural roads you are building? https://t.co/6cE4njjGGi

Since being shared, the video has taken the internet by storm. It has garnered more than two million views and over 37,000 likes.

“Nature tunnel in the world,” wrote one user. “This would also ensure that the temperature of the road is under control. Big trees on both sides and small ones in between will have multiple benefits,” added another.

Netizens were also quick to point out many places in the nation where such “trunnels” already exist.

“This type of tunnel are more beautifully located on Omkareshwar road,” said one. “At some places in Kashmir we do have roads covered by Deodhar trees on both side – those are beautiful,” added another.

A third wrote, “Sir, there is a road between the Paunta Saheb and Dehradun, covered with trees, I drove many times through it.” “You may see it on Dehradun- Haridwar road,” commented fourth.

Former Union Health Minister Dinesh Trivedi also shared his opinion about tree tunnels. “If the trees are not strong enough then it could fall on the vehicles and also block the highway. So it all depends on the soil and the weather condition of the area, what type of trees etc. Surely it will look very nice if safety is not an issue,” he wrote.