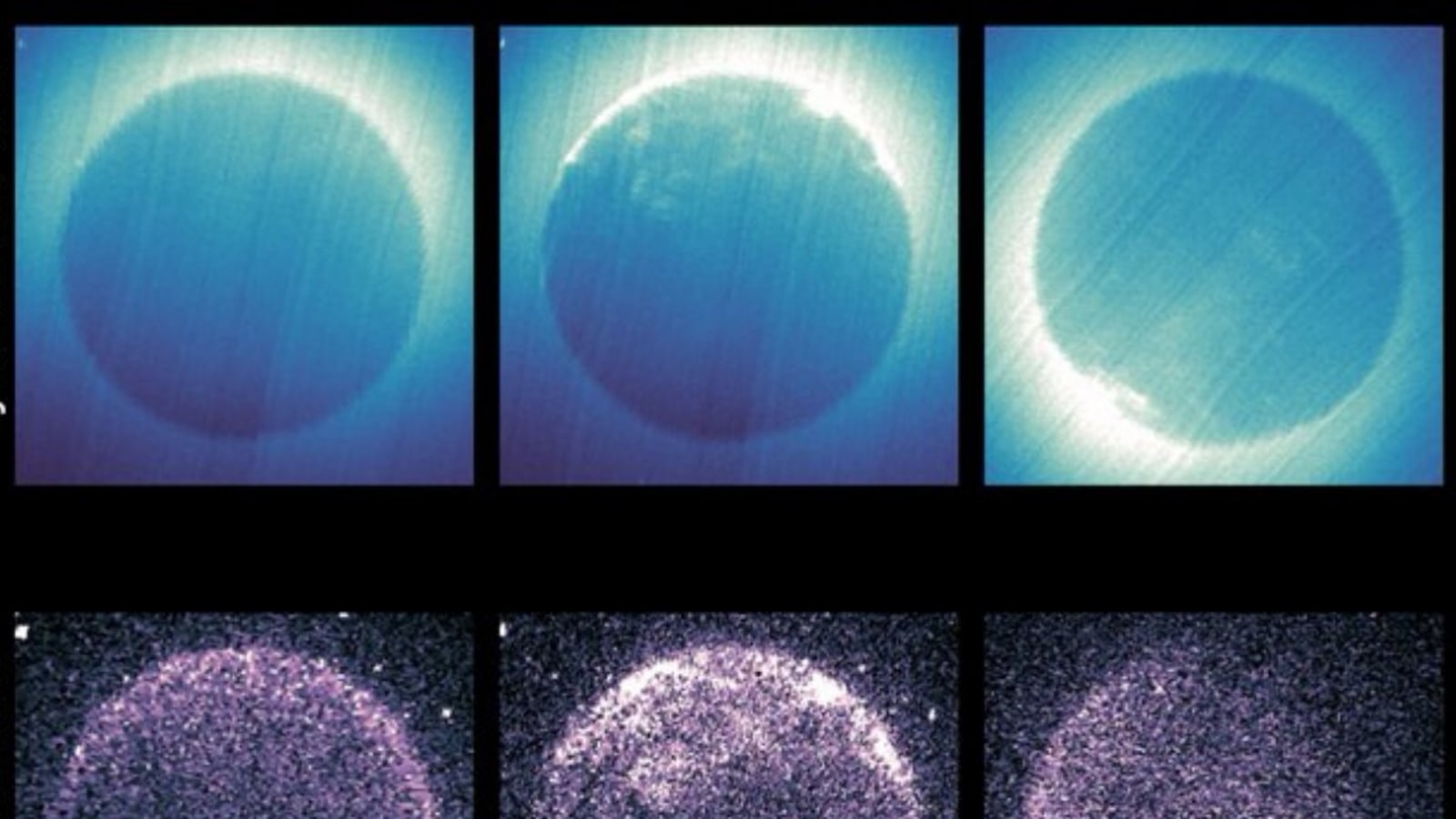 A joint observation of dynamic proton aurora events at Mars has been released by NASA’s MAVEN and UAE’s EMM. Here is all you need to know.

NASA’s Mars Atmosphere and Volatile Evolution (MAVEN) mission and the United Arab Emirates’ Emirates Mars Mission (EMM) have released joint observations of dynamic proton aurora events at Mars. Informing about the same, NASA Mars tweeted, “International teamwork pays off at the Red Planet: By combining data from our MAVEN orbiter and the @HopeMarsMission, scientists are closer to understanding the proton auroras of Mars.”

It can be known that the Emirates Mar Mission (Hope Probe) has made first observations of a new type of proton aurora near Mars. The ‘patchy’ proton aurora could provide new insights into unexpected behaviors in the Martian atmosphere. “This new patchy type of proton aurora is formed when the solar wind directly impacts Mars’ dayside upper atmosphere and emits ultraviolet light as it slows down,” Hope Mars Mission tweeted.

According to the information provided by NASA, in the new study, EMM discovered fine-scale structures in the proton aurora that spanned the full day side of Mars. Proton aurora was discovered by MAVEN in 2018 and is a type of Martian aurora that forms as the solar wind, made up of charged particles from the Sun, interacts with the upper atmosphere.

“Typical proton aurora observations made by MAVEN and ESA’s (the European Space Agency) Mars Express mission show these aurora appearing smooth and evenly distributed across the hemisphere. By contrast, EMM observed proton aurora that appeared highly dynamic and variable. These “patchy proton aurora” form when turbulent conditions around Mars allow the charged particles to flood directly into the atmosphere and glow as they slow down,” the report informed.

“EMM’s observations suggested that the aurora was so widespread and disorganized that the plasma environment around Mars must have been truly disturbed, to the point that the solar wind was directly impacting the upper atmosphere wherever we observed auroral emission,” said Mike Chaffin, a MAVEN and EMM scientist based at the Laboratory for Atmospheric and Space Physics at the University of Colorado Boulder and lead author of the study.

“By combining EMM auroral observations with MAVEN measurements of the auroral plasma environment, we can confirm this hypothesis and determine that what we were seeing was essentially a map of where the solar wind was raining down onto the planet,” he added.

The data-sharing between MAVEN and EMM has enabled scientists to determine the drivers behind the patchy proton aurora, NASA informed. “EMM carries the Emirates Mars Ultraviolet Spectrograph (EMUS) instrument, which observes the Red Planet’s upper atmosphere and exosphere, scanning for variability in atmospheric composition and atmospheric escape to space. MAVEN carries a full suite of plasma instruments, including the Magnetometer (MAG), the Solar Wind Ion Analyzer (SWIA), and the SupraThermal And Thermal Ion Composition (STATIC) instrument used in this study,” it said.

At Mars, over half a dozen orbiters are now taking science observations and with Mars’ southern hemisphere currently experiencing summer, when proton aurora is known to be most active, multi-vantage-point observations will be critical to understanding how these events form. The collaboration between EMM and MAVEN demonstrates the value of discovery-level science about the Martian atmosphere with two spacecraft simultaneously observing the same region.