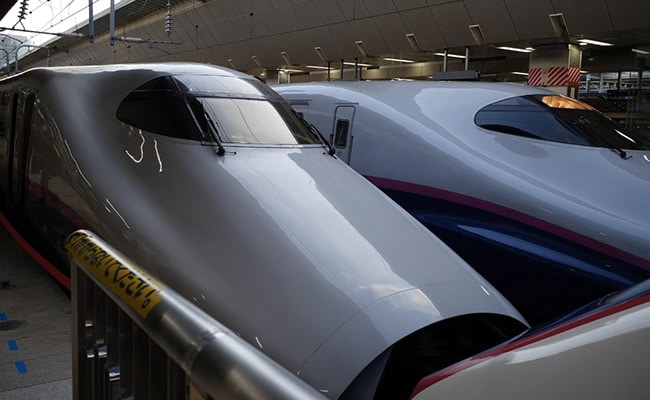 The ministry said its detailed project report (DPR) is still under consideration.(Representational)

The Ministry of Railways on Thursday denied the reports that the feasibility report of Delhi-Varanasi bullet train project has been rejected, asserting that its detailed project report (DPR) is still under consideration.

“No decision has been taken on DPR of Delhi-Varanasi High Speed Rail. The fact of the matter is the Railway Ministry has no issue with the DPR of the project,” the ministry said.

It also said that the National High Speed Rail Corporation Limited (NHSRCL) has finalized the detailed project report (DPR) of the project and has submitted the same to the Railway Board.

“It (DPR) is under examination of RB, as part of the process of granting approval,” the ministry said.

However, sources have maintained that a meeting took place and the feasibility report of the Delhi-Varanasi high speed project was discussed and concerns were raised on the project citing multiple curves along the route.

The feasibility report proposed that the corridor be built along the National Highway-2. It said this will help in the acquisition of land at cheaper rates and reducing the cost of construction.

However, the technical issue, which acted as a roadblock, was that NH-2 had curved sections at many places between Delhi and Varanasi, which would make it highly dangerous for a train to run at 350 km per hour, the sources said.

“To run a bullet train at a speed of 350 kmph, the track of high-speed corridor should be straight,” they said.

The railway ministry said since the project is yet to be sanctioned and the detailed report is yet to be approved, it could not respond to queries related to specific details of the DPR, including estimated cost, stoppages and estimated date of commencement of work.