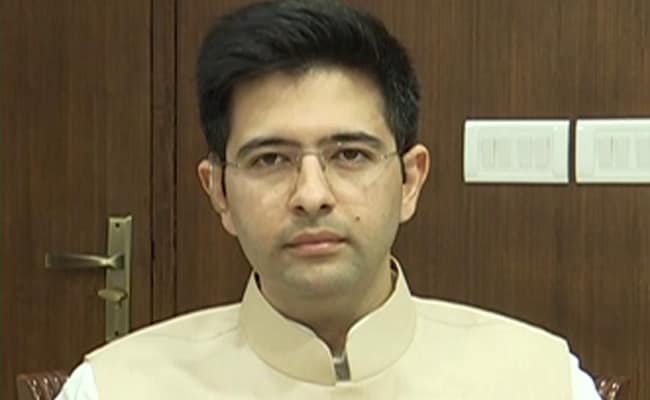 Raghav Chadha said the AAPs main challenger was the BJP and no opposition party.

The time has come for the Aam Aadmi Party (AAP) to become the natural replacement for the Congress as the main force against the BJP and if Jayaprakash Narayan could emerge from grassroots activism and shake up national politics, Arvind Kejriwal’s chances look good, his lieutenant Raghav Chadha told NDTV on Friday.

“I do believe the time has come for AAP to become the natural replacement of the Congress. We have fire in our bellies and the guts to take on the BJP. AAP and Kejriwal have got what it takes to take on the might of the BJP. AAP is no more a regional party,” the Rajya Sabha MP said.

Criticising the Congress, he said, “Congress is perhaps the most convenient opposition for the BJP. Rahul Gandhi is an invaluable asset for the BJP. In a Rahul Gandhi vs BJP situation, BJP wins hands down. And this is where AAP comes in.”

“We are not competing with the other opposition parties, we are only competing with the BJP. We are not eating into Congress’s vote share. That is a misconception. Our principal challenger in Delhi was BJP. Congress is irrelevant as far as politics is concerned,” the 33-year-old politician said.

Professing the prospects of Arvind Kejriwal to take on the BJP, Mr Chadha said, “If in the 70s, somebody like a JP Narayan can evolve from the grassroots level, Kejriwal is Kejriwal… Kejriwal is a pan-India face. AAP, unlike other parties, doesn’t have  baggage.”

“The more Kejriwal gets popular, the more they will attack AAP. The idea is to paralyse the government, and this is not something new. But in every case, AAP MLAs were acquitted. We are waiting for them to up the ante, we are ready to fight them,” he added.