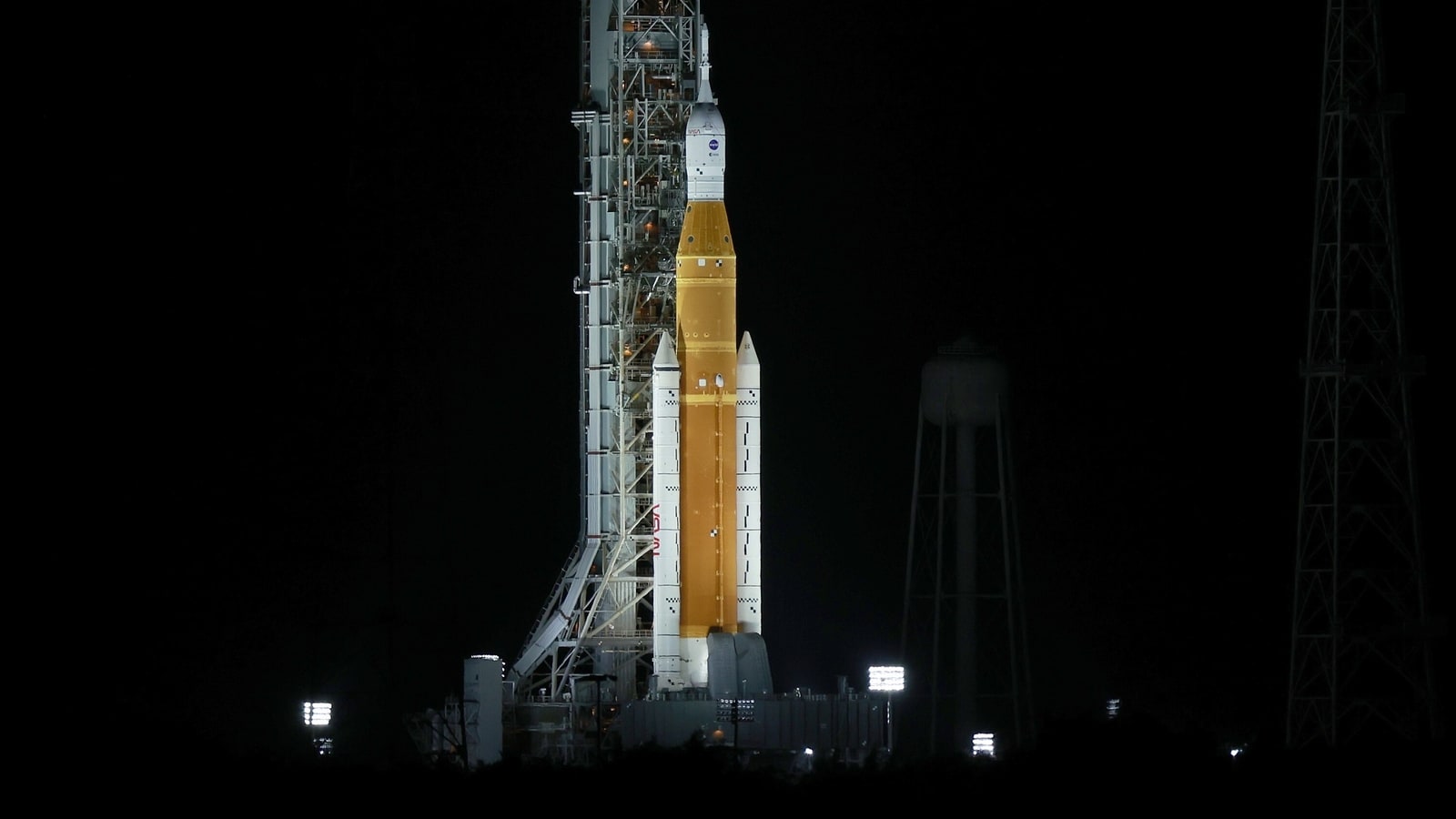 NASA is attempting to send into space a new rocket for the second time this week, to kick off its ambitious Artemis moon program.

For the second time this week, NASA is attempting to send into space a new rocket to kick off its ambitious Artemis moon program, with the aim of returning people to the lunar surface by as early as 2025. Anticipation is high for Saturday’s launch following an initial attempt on Monday.

Here’s what you need to know ahead of launch:

Artemis I is set for launch at 2:17 p.m. Eastern time when a massive rocket is scheduled to carry aloft an an uncrewed capsule in a test flight critical for advancing NASA’s goals of establishing a sustainable presence on the lunar surface and eventually sending people to Mars.

The Artemis I flight will be the first major test of the Artemis program. If all goes well, NASA’s massive rocket, called the Space Launch System, built by Boeing Co., will carry future astronauts, riding inside the Orion capsule, made by Lockheed-Martin Corp., to the vicinity of the moon. From there, they will transfer to SpaceX’s yet-to-fly Starship for the ride down to the lunar surface. A crewed mission could go forward as early as 2025.

After reaching Earth orbit, the spacecraft will set out on a 37-day mission to orbit the Moon and travel into deep space before returning home. The Orion capsule is slated to splash down in the Pacific Ocean off the coast of San Diego on Oct 11.

Both the SLS and Orion are years behind schedule and billions of dollars over their original projected budgets.

NASA tried Monday to get Artemis I off the ground, but flight controllers called off the attempt at 8:34 a.m. Eastern time, one minute after the scheduled two-hour launch window began. NASA was first forced to delay filling the rocket with propellant, due to storms near the launch site. Later a suspected hydrogen leak also paused propellant loading. Finally, an issue chilling down an engine ahead of launch and an issue with a vent valve inside one of the rocket tanks convinced NASA to call off the launch.

A few days after the scrub, NASA identified a faulty sensor as possibly giving an incorrect temperature reading for one of the engines, based on other data the flight team was getting. “The way the sensor is behaving, it doesn’t line up with the physics of the situation,” John Honeycutt, NASA’s SLS program manager, said during a press conference.

NASA officials said they plan to start the engine chill down process earlier during their next attempt. The team might also choose to ignore the faulty sensor if they believe it’s still providing incorrect readings. “We do not need this sensor for flight,” John Blevins, SLS chief engineer, said during a press conference.

The afternoon time for the new two-hour launch window is a requirement of the Earth and moon’s orbital mechanics, as well as other parameters. Flight controllers will aim to launch at the beginning of that window, but can give the green light anytime up until 4:17 p.m. Florida time.

The SLS is set to take off from launchpad LC-39B out of NASA’s Kennedy Space Center in Cape Canaveral, Florida. It’s the same launchpad that was used for numerous flights of NASA’s Space Shuttle, as well as the agency’s Skylab missions in the 1970s.

If all goes well, the SLS will be sending Orion into deep space, where the capsule will insert itself into an elongated lunar orbit before returning to Earth. At one point, the capsule will come within just 60 miles of the lunar surface. And on its journey back to Earth, Orion will travel deeper into space than any previous craft intended to transport astronauts.

Though there are no people on board, Orion will be carrying myriad sensors and payloads to track the journey. They include mannequins and a special box called Callisto that is carrying an Amazon Alexa and a touchscreen loaded with Cisco’s Webex, to test out communication tools that future astronauts may use.

The SLS, though it relies on proven Space Shuttle engines and other hardware, is otherwise a brand-new rocket. That means the odds are high for more kinks and delays.

If the SLS doesn’t get off the ground on Saturday, there are plenty of options to fly again. If bad weather is to blame, NASA says it could launch again as early as Monday. If a delay is brought on by a technical issue, a quick turnaround is less likely.

If the launch slips beyond Sept. 6, the next window opens on Sept. 19 and runs through Oct. 4. And if NASA would need to do extensive work on the rocket beyond those dates, the next opening would begin on Oct. 17 and run through Oct. 31.