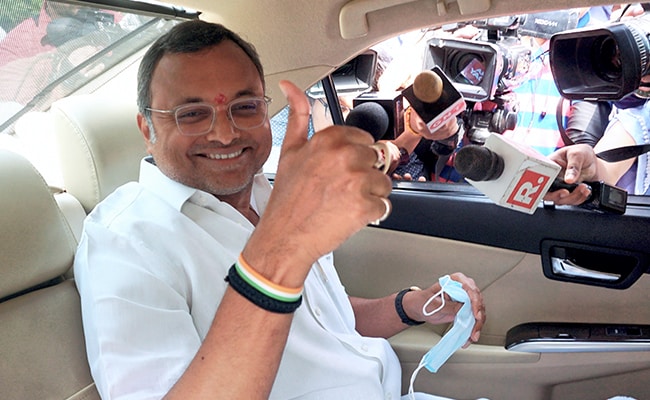 The application prayed for an interim order that no coercive steps may be taken by the ED.

Advocate Arshdeep Singh, representing Karti Chidambaram, submitted that the ED has filed its complaint in the matter before the trial court, where his plea for regular bail is now being contested by the investigating agency on the ground of pendency of the application concerning protection from coercive steps before this court.

The application by Karti Chidambaram, filed in 2018, formed part of his petition challenging certain provisions of the Prevention of Money Laundering Act (PMLA), 2002 and the ED case against him. The application prayed for an interim order that no coercive steps may be taken by the ED pending the petition.

On March 9, 2018, the high court had granted interim protection from arrest to Karti Chidambaram in the case.

The ED case arises from a case registered by the Central Bureau of Investigation (CBI) on May 15, 2017, which alleged irregularities in a Foreign Investment Promotion Board (FIPB) clearance granted to the INX Media group for receiving overseas funds of Rs 305 crore in 2007 during P Chidambaram’s tenure as Finance Minister. Based on this, a money-laundering case was lodged by the ED.