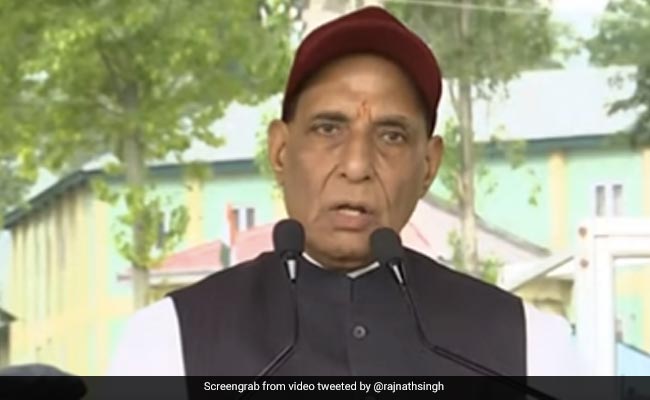 Defence Minister Rajnath Singh will embark on a five-day visit to Mongolia and Japan beginning Monday with an aim to expand India’s defence and security ties with the two countries.

In Japan, Singh and External Affairs Minister S Jaishankar will join their Japanese counterparts under the framework of  ‘2 2’ foreign and defence ministerial dialogue, people familiar with the matter said on Sunday.

It is learnt that the ‘2 2’ dialogue is planned for September 8.

At the summit in New Delhi, Kishida announced an investment target of five trillion Yen (Rs 3,20,000 crore) in India over the next five years.

In the 2 2 dialogue, the two sides are expected to deliberate on ways to further expand bilateral cooperation in the areas of defence and security besides taking stock of the developments in the Indo-Pacific, the people cited above said.

The Japanese delegation will be headed at the talks by Foreign Minister Yoshimasa Hayashi and Defence Minister Yasukazu Hamada.

The dialogue is scheduled around three weeks ahead of former Japanese Prime Minister Shinzo Abe’s state funeral on September 27 in Tokyo.

The ‘2 2’ dialogue with Japan was initiated in 2019 to deepen bilateral security and defence cooperation further and bring greater depth to the special strategic and global partnership between the two countries.

India has the ‘2 2’ ministerial format of dialogue with very few countries including the US, Japan, Australia and Russia. India’s defence and security ties with Mongolia are also on an upswing.

Prime Minister Narendra Modi paid a visit to Mongolia in May 2015, bringing a renewed vigour to the ties in diverse areas including defence and security.

During the visit, India announced a USD 1 billion line of credit to Mongolia for infrastructure development and upgraded their ties to the strategic partnership.

The last two editions of the exercise were held at Ulaanbaatar (Mongolia) in September 2018 and in October 2019 at Himachal Pradesh. PTI MPB DV DV