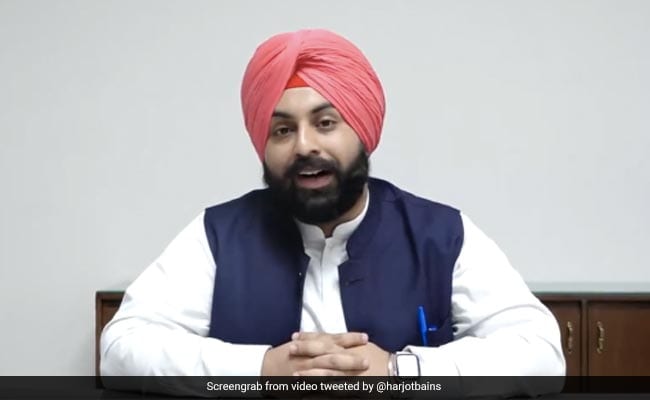 Punjab Jails Minister Harjot Singh Bains on Monday said prison officials in the state were committed to transforming jails into real ‘sudhar ghars‘ (correctional facilities) after a gangster raised the matter of harassment of inmates in one of the state’s prisons.

A Facebook post purportedly in the name of Canada-based gangster Goldy Brar accused a jail official at Bathinda prison of harassing some inmates.

The post tagged Mr Bains and Punjab Director General of Police Gaurav Yadav and appealed to them to shift Bobby Malhotra, Saraj Sandhu, and Jagroshan Hundal from Bathinda jail and inquire into the matter.

“If any harm is done to our brothers, then its responsibility will be of the jail police,” the post read, and went to say that police should not force them to commit “a big crime.”

Mr Bains in a tweet later said, “Earlier Gangsters were getting VIP Facilities & Pizzas in Jails but not any more. Since the day my CM has given me the Jail Portfolio; my all Officers are committed to transforming Jails into Real Sudhar Ghars. We are committed to Crime/Mobile/Drug Free Jails. NOTHING CAN STOP IT…”

Goldy Brar, allegedly a member of the Lawrence Bishnoi gang, had claimed the responsibility of the murder of singer Sidhu Moose Wala.