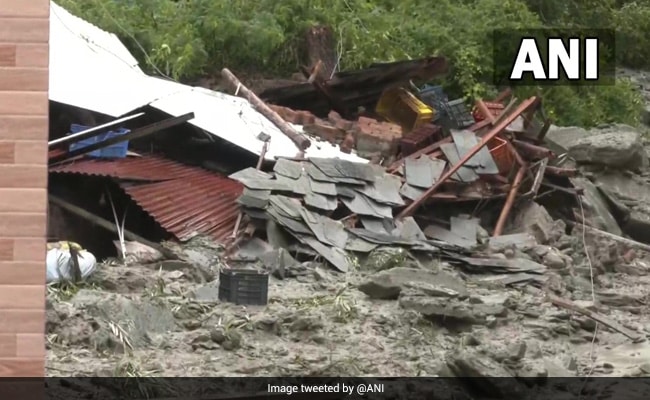 Disaster management control rooms have been set up at district and sub-district levels.

Senior officials visited Khaniyara locality here on Saturday, a day after a cloudburst triggered a flash flood in the area, and directed relief workers to step up efforts for rehabilitation of those affected.

Several houses and shops were destroyed in heavy rains in the area on Friday. Besides, 15 houses and three shops were partially damaged and 45 sheep and goats went missing.

Mr Jindal instructed the relief workers to expedite efforts for the rehabilitation of those affected due to the heavy rains so that they do not face any problems.

“After receiving information about the cloudburst in Khaniyara on Friday, an SDRF (State Disaster Response Force) rescue team left for the spot within five minutes. A team headed by Tehsildar Apoorva Sharma was also sent to the site for carrying out relief work in the area.

“The damage caused by the rains is being reviewed and effective steps are being taken by the district administration to ensure that the affected families do not face any kind of problem,” Mr Jindal said.

Disaster management control rooms have been set up at district and sub-district levels so that relief and rehabilitation work can be carried out immediately after receiving information about a disaster, he said.

Due to the heavy rain on Friday, a nullah in Khaniyara village overflowed, damaging private and public property in the main market.

Mud entered houses and shops on the Nag Mandir road and a small bridge was washed away, affecting traffic on the Dharamshala-Sidhwari road. A few vehicles were also damaged in the flash flood.