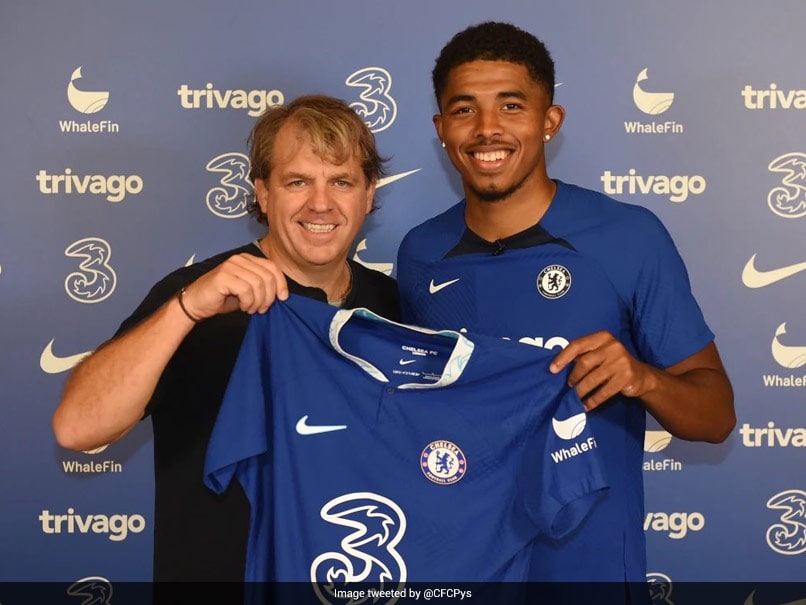 Chelsea have completed the signing of France Under-21 international central defender Wesley Fofana from Leicester City, the two clubs announced on Wednesday. Fofana, 21, has signed a seven-year deal at Stamford Bridge, the London outfit said. The transfer fee is undisclosed but reports in the UK said Chelsea would pay their Premier League rivals 70 million pounds ($81.3m) plus bonuses for the former Saint-Etienne player.

“Wesley is a hugely promising defender who has already proven his quality in the Premier League at a young age,” said Chelsea chairman Todd Boehly.

“We are delighted we were able to bring one of Europe’s most exciting talents to Chelsea and further strengthen that area of our squad, both for this season and many more to come.”

Fofana is the latest player signed in this transfer window to bolster Chelsea’s defence, following the arrivals of Kalidou Koulibaly from Napoli and Marc Cucurella from Brighton and Hove Albion.

Thomas Tuchel’s side have also added England forward Raheem Sterling from Manchester City in the transfer window, which closes on Thursday.

“I trained this morning with the team and it’s a dream for me. I’m very excited to start playing games for the fans and the club,” Fofana said.

Fofana made 52 appearances for Leicester after moving to the Foxes in October 2020 for a reported 32 million pounds from Saint-Etienne, winning the FA Cup in 2021 when they beat Chelsea.

He made his Saint-Etienne debut as an 18-year-old and played alongside current Arsenal and France centre-back William Saliba for Les Verts.

Fofana follows goalkeeper Kasper Schmeichel in leaving Leicester this summer, with the Foxes yet to make any major new signings.

“He departs with the thanks of everyone at Leicester City and the Club’s best wishes for the next phase of his career,” Leicester said in a statement.