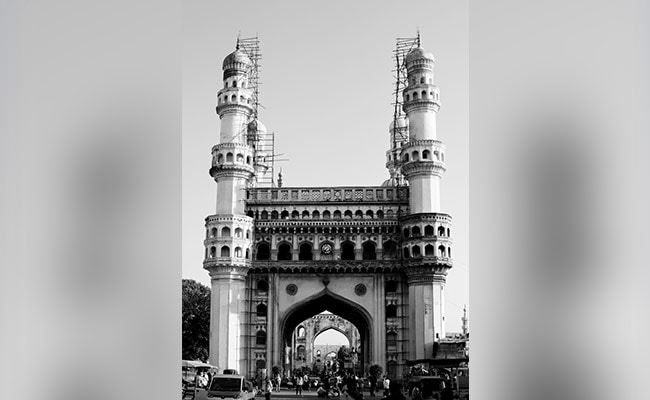 Hyderabad which was under the Nizam’s rule was annexed into the Union of India.(Representational)

G Kishan Reddy has written letters to the chief ministers of Telangana, Karnataka and Maharashtra, inviting them at the inaugural programme at the Hyderabad Parade Grounds.

“I am happy to inform you that the Government of India, after careful consideration of the various aspects, decided to celebrate 75 years of Hyderabad State Liberation. The Government of India has approved year-long commemoration of ‘Hyderabad State Liberation’ from Sep 17, 2022 to Sep 17, 2023,” G Kishan Reddy wrote in the identical letters dated September 3.

As part of Azadi Ka #AmritMahotsav, Government of India will be commemorating ‘Hyderabad Liberation Day’ on 17th September with year long celebrations.

The event to be held under the aegis of @MinOfCultureGoI will be graced by Hon. Union Home Minister Shri @AmitShah ji. pic.twitter.com/4LsPgOJ4kA

He has also requested the three chief ministers — K Chandrashekar Rao (Telangana), Basavaraj Bommai (Karnataka) and Eknath Shinde (Maharashtra) to observe inaugural day of commemoration with suitable events across their states. “I would also request you to identify events and commemorations throughout the year and share these plans with the Government of lndia so that a holistic approach can be taken in planning the yearlong commemorations,” he wrote.

The State of Hyderabad which was under the Nizam’s rule was annexed into the Union of India after a police action codenamed ‘Operation Polo’ that culminated on September 17, 1948.

G Kishan Reddy, a Member of Parliament(MP) from Secunderabad, later tweeted that the inaugural programme will be held “under the aegis of the Ministry of Culture” and “will showcase the lives & sacrifices of people who fought against the atrocities of Nizam & the Razakars”.

“The celebrations will be a fitting tribute to Sardar Vallabhbhai Patel and all others who sacrificed & contributed during the liberation struggle,” he also tweeted, and shared an archival image of the last Nizam Mir Osman Ali Khan with Sardar Patel.

In his letter to the three chief ministers, he also wrote, “As you are aware, when India became independent in 1947, although 562 princely states announced the merger into the Indian Union, there was resistance from the erstwhile state of Hyderabad. On 17th September 1948, more than one year after India secured Independence from the British, the erstwhile state of Hyderabad, comprising the entire state of Telangana and some districts in Maharashtra and Karnataka, got independence from the brutality and tyranny of the Nizam’s rule”.

This was possible due to the swift and timely action of Sardar Patel under ‘Operation Polo’, he said.

“While the states of Maharashtra and Karnataka already commemorate this day as Marathwada Liberation Day and Hyderabad-Karmataka Liberation Day respectively, the 75th year celebrations give us a unique opportunity to celebrate it across the three states in a manner befitting the sacrifices made by the previous generations.

“The objective is to make the current generation, both from the region under consideration and the rest of India, aware of the story of resistance, valour, and sacrifice,” the Union minister said.

The erstwhile Hyderabad State of the Nizam was merged with the Indian Union on September 17, 1948, and the BJP has been demanding that the day be officially celebrated as Liberation Day.

Assembly polls in Telangana are due next year.

Addressing a public meeting — ‘Vijay Sankalp Sabha’ at Parade Grounds in Hyderabad, — in July, Amit Shah had said that the BJP government after coming to power in the state will celebrate Telangana Liberation day officially which the Rao-led government failed to do.

Amit Shah had alleged that KCR, as K Chandrashekar Rao Rao as is popularly known, never celebrated the Telangana Liberation Day as he is afraid of All India Majlis-E-Ittehadul Muslimeen (AIMIM) chief Asaduddin Owaisi.

Telangana with its capital at Hyderabad was carved out of Andhra Pradesh in 2014. BJP leaders have been hoisting the national flag on September 17 to mark, what they call as Telangana Liberation day