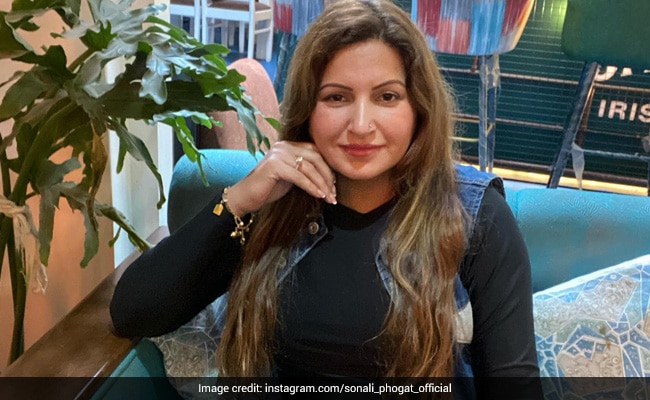 BJP leader Sonali Phogat was murdered, her family has alleged, accusing two of her associates who were travelling with her to Goa, of being involved in a conspiracy.

Asked what made them think that she had been killed, her brother Watan Dhaka told NDTV, “I got a call from her assistant at 8 am yesterday. Later he said, she fell at 2 in the night. Why did he not call us then? Every time, he gave different statements. And that’s why we feel there’s something wrong. If she did fall ill at 2, why did they not call us before? He called us after she died. Why not before?”

“The last time we spoke to Sonali, she had said she was feeling uneasy. As if something had been added to her food. She had told our mother that she would go to the hospital,” he added.

“We want a CBI probe into the case. This is a murder, not a heart attack. The police are not filing an FIR into the case,” he said, demanding action against the two men who were with her at the time,” Watan Dhaka said.

Countering Goa Chief Minister Pramod Sawant’s statement that the death was being treated seriously, he said, “If the case is being taken seriously, why are they not filing an FIR?”

Sonali Phogat appeared to have died of a heart attack, based on the opinion of doctors and Goa Director General of Police (DGP) Jaspal Singh, Mr Sawant had told reporters.

The 42-year-old BJP leader from Hisar in Haryana, who had found fame on TikTok, was “brought dead” at the St Anthony Hospital at Anjuna in North Goa on Tuesday morning, a police official earlier said, adding that she died of a suspected heart attack.

The police had registered a case of unnatural death, but the Goa police chief said he did suspect anything was awry.

There are no external injury marks on the body, the police chief had said, adding that the post-mortem report will reveal the exact cause of the death.