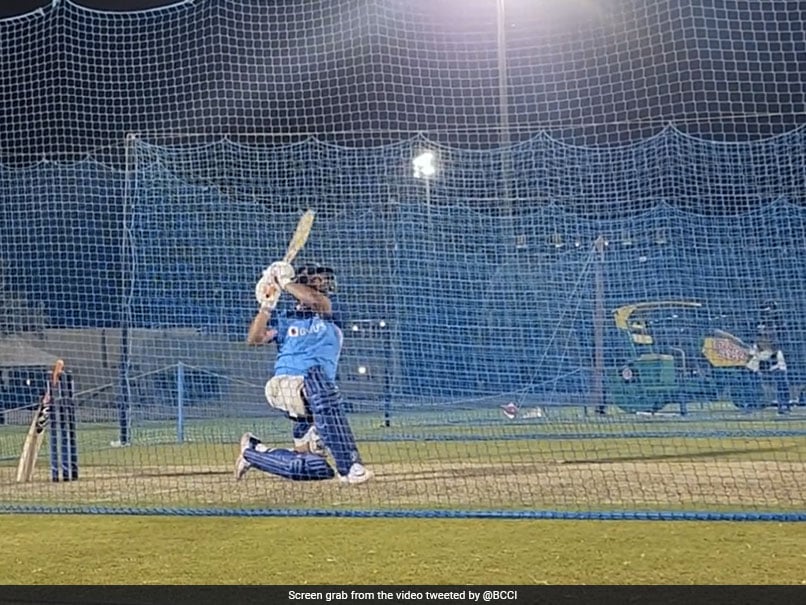 Rishabh Pant plays a shot in the nets.© Twitter

India’s preparations for the Asia Cup, which begins on Saturday, are on in full swing, and quite literally so. On Friday, the Board of Control for Cricket in India shared a video of Rishabh Pant and Ravindra Jadeja batting in the nets and the two southpaws were seen playing some big shots. Both Pant and Jadeja were seen swinging hard at the ball, targeting both the on and off sides as they geared up for their opening fixture against Pakistan on Sunday.

Pant and Jadeja showed off a wide range of shots and displayed good footwork too in the video.

Earlier, the BCCI had also shared videos of Rohit Sharma and Virat Kohli taking on the bowlers in the nets. The board also shared several pictures from India’s net sessions.

India will face arch-rivals Pakistan in their first group stage match in Dubai on Sunday.

It will be their first encounter since Pakistan’s 10-wicket drubbing of India in the 2021 T20 World Cup at the same venue. That match was also Pakistan’s first ever win against India in a World Cup match.

India and Pakistan were joined by Hong Kong in their group. The top two teams from the group stage will go on to the Super 4 stage, where they will be joined by two teams among Sri Lanka, Bangladesh and Afghanistan.

The top two teams in the Super 4 stage will go on to play in the final on September 11.