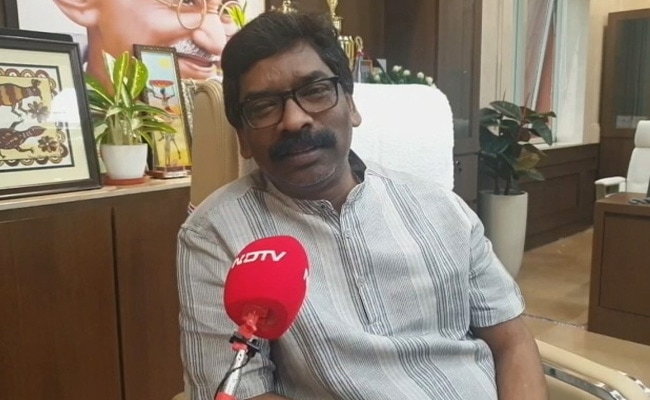 The MLAs are expected to hold another meeting in the evening.

Amid a crisis situation in Jharkhand where a threat to Chief Minister Hemant Soren being “disqualified” as an MLA has arisen, a crucial meeting of the UPA was held at the CM’s residence on Friday to chalk out a strategy with over 40 legislators reaching there, sources said.

In the rapidly changing political scenario, ‘resort politics’ may come into play in the state to keep the numbers intact, according to some insiders present at the meeting.

A few insiders from the Congress, which is a crucial ally of the ruling coalition here, told PTI on the condition of anonymity that ring-fencing MLAs by parking them in a resort in a ‘friendly state’ such as West Bengal or Bihar is an option, which was mulled as a potential poaching threat from the BJP.

However, they said a decision on the future course of action will be taken if Governor Ramesh Bais communicates to them on the Election Commission’s ruling about a possible disqualification of the CM as an MLA for violating electoral norms.

The MLAs are expected to hold another meeting in the evening, they said.

“We will definitely prefer a UPA-ruled state,” the Congress source said, adding that the mandate from the party high command is to wait for the communication before any such step.

The Election Commission sent its opinion to Mr Bais on August 26 on a plea seeking that Soren be disqualified as an MLA for violating electoral norms by extending a mining lease to himself.

Rural Development and Parliamentary Affairs Minister Alamgir Alam, however, said the “MLAs of the ruling alliance cannot be poached and will stay in Ranchi”.

Another Minister Mithilesh Thakur claimed that the ruling coalition has the magic number of “50 MLAs, which can go up to 56”.

JMM’s Vinod Pandey stated that Soren will continue as the chief minister, while ruling out the option of any ‘resort politics’.

Meanwhile, Raj Bhavan sources said the governor may take a call by the evening on the Election Commission’s views on “disqualification” of the chief minister as an MLA.

The opinion was sent to the Jharkhand Raj Bhavan in a sealed cover.

The clause states that “a person shall be disqualified if, and for so long as, there subsists a contract entered into by him in the course of his trade or business with the appropriate government for the supply of goods to, or for the execution of any works undertaken by, that government”.