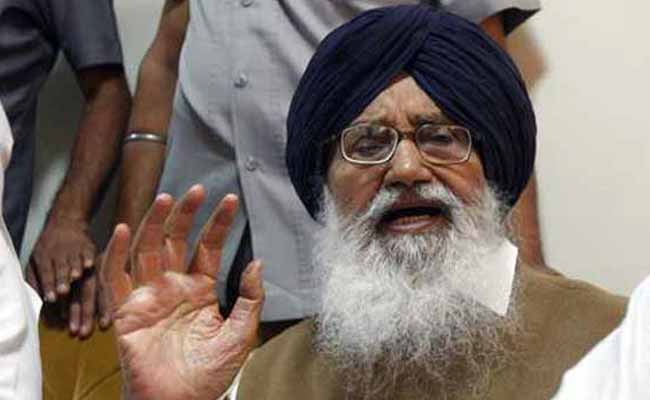 Shiromani Akali Dal patriarch Parkash Singh Badal has been admitted to the Post Graduate Institute of Medical Education and Research (PGIMER) after a mild fever.

The 94-year-old former chief minister of Punjab was admitted to the hospital on Saturday, party leader Daljit Singh Cheema said on Sunday.

The five-time chief minister was earlier admitted to a private hospital in Mohali in June after he had complained of gastritis and bronchial asthma.