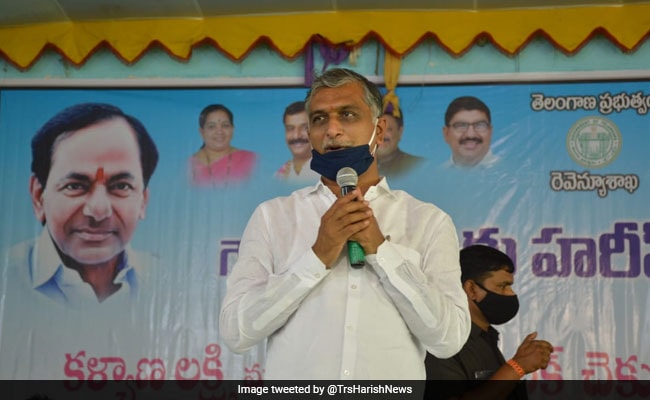 Telangana leader alleged that probe agencies are acting only against the opposition leaders.

Telangana Health and Finance minister Harish Rao took a potshot at the Bharatiya Janata Party-led Centre (BJP) on Friday saying that the investigation agencies have become a pocket organization of the party.

Alleging BJP of scripting conspiracies, Harish Rao said, “Whoever questions BJP, they are being attacked. How far is it correct? BJP is targeting the Opposition and forgetting the administration. The BJP MPs spoke yesterday and the day before yesterday saying that the CBI will be giving notices. But the BJP MPs are not part of the agency. Then how can a party leader give a statement on CBI notices? It is possible only if CBI is giving information to them or they are both colluding and BJP is giving directions to CBI.”

According to him, probe agencies are acting only against the opposition leaders and not on BJP leaders.

“So with this, it is very clear that you are both conspiring against the Opposition in the country. How is the party giving that statement, when investigation agencies are supposed to give the statement? So we can understand from this that the investigation agencies have become a pocket organization of the BJP”, claimed the TRS leader.

Mr Rao was speaking to reporters in Hyderabad on Friday after some new facilities were made ready in the MNJ Cancer Hospital.

His statement comes after TRS leader and MLC K Kavitha’s name came up in the liquor scam and there is an apprehension that the CBI may include her in the inquiry.

The BJP’s alleged that the new excise policy deal was struck in Delhi’s Oberoi Hotel where Kejriwal and Sisodia met the family members of the Telangana Chief Minister KCR.