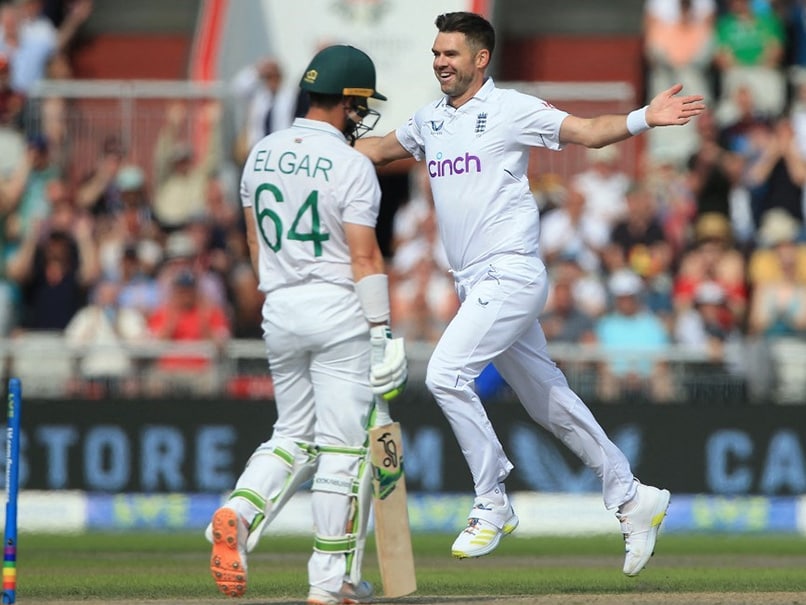 James Anderson may be 40 years old but there hardly seems to be anything stopping his bowling masterclass. While injuries do keep haunting the player’s Test career, Anderson is adamant to continue playing for England. The veteran pacer is world-famous for his art of swinging the ball both ways and squaring up batters. Time and again, Anderson proves how tough a bowler he is to play in swinging conditions and the ongoing second Test between England and South Africa is a telling example of his art.

South Africa, who started their innings at 23/0 on Saturday while trailing England by 241 runs, were hopeful of their openers stitching a solid stand to keep them in the game, but Anderson dented their enthusiasm with a peach of a delivery to dismiss Elgar early on Day 3 and break the opening stand.

Coming from round the wicket, Anderson first bowled one coming into Elgar, which he was able to fend away. His next delivery moved away, squaring Elgar up and beating his outside edge.

Anderson then bowled on a good length to Elgar outside off. The ball was angling in, but straightened just a bit after pitching to square the batter up. Elgar missed the ball and it eventually sent his off-stump for a walk.

In the first innings of the match, England had bundled out South Africa for 151, thanks to Anderson’s 3 for 32 and Stuart Broad‘s 3 for 37. Later, England posted 415 for 9 before declaring with a first-innings lead of 264 runs. For England, Ben Stokes (103) and Ben Foakes (113 not out) played crucial knocks, adding 173 runs for the sixth wicket after England were reduced to 147/5.