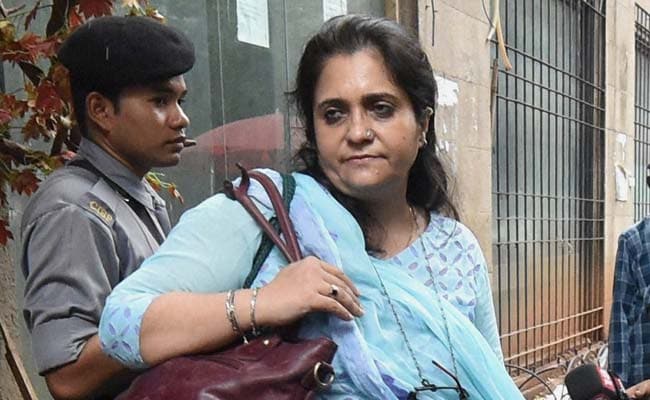 Activist Teesta Setalvad had been in jail since June

Activist Teesta Setalvad was released from jail this evening a day after she got interim bail from the Supreme Court in a case over an alleged “conspiracy to destabilise the Gujarat government after the 2002 riots”, news agency PTI reported.

She had been in jail since June. While granting interim bail, the Supreme Court said the police had already got enough time to interrogate her. The court’s tone was consistent with its comments on Thursday, when it said there is “no offence in this case over court which bail cannot be granted”, that too when “she is a lady”.

After bail was denied by a local court in Ahmedabad, she had gone to the Gujarat High Court, which on August 3 posted her plea to six weeks later – a timeline the Supreme Court did not particularly appreciate. Her petition for regular bail and quashing of the first information report, or FIR, will continue to be in the high court though.

“The high court ought to have considered the plea for interim bail during the pendency of the matter,” said the Supreme Court bench, led by Chief Justice UU Lalit, in its observations yesterday.

The case against her is also connected to some Supreme Court observations, of June 24. She was arrested just two days after the court dismissed a plea by her and Zakia Jafri – whose husband Ehsan Jafri, a former MP, was killed in the riots – in which they had challenged a probe that cleared Prime Minister Narendra Modi, the then Chief Minister, of any wrongdoing.

The plea was “to keep the pot boiling, obviously, for ulterior design”, the bench had then remarked, citing the state’s arguments. It also said, “All those involved in such abuse of process need to be in the dock and proceeded with in accordance with law.”

With inputs from PTI