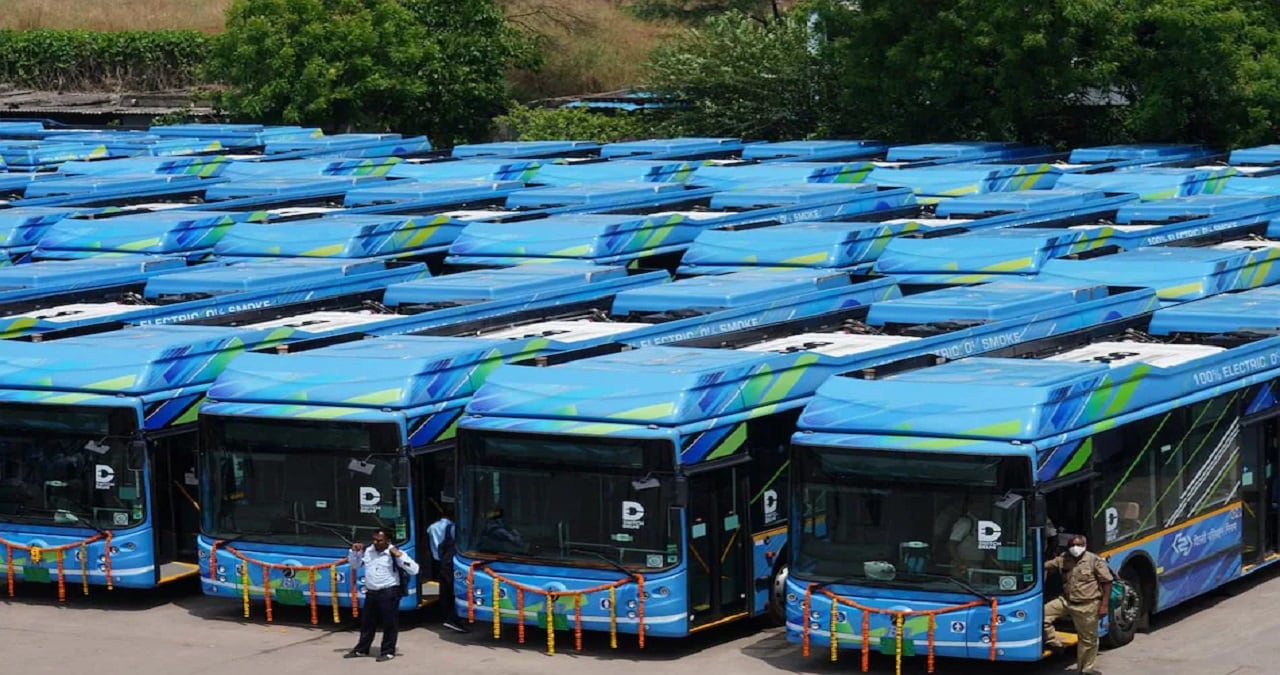 Chief Minister Arvind Kejriwal on Wednesday said 80 per cent of the over 10,000 buses plying in the capital by 2025 will be electric, making Delhi the city with the highest number of e-buses in the country.

While asserting the AAP government has developed world-class education and healthcare models in Delhi, he noted that it is now time to transform Delhi’s transport sector into a model for the world to reckon with.

Mr Kejriwal flagged off 97 high-tech electric buses from the Rajghat Depot and announced that 8,000 e-buses are to arrive by 2025. Transport Minister Kailash Gahlot said the induction of the new buses was a “befitting reply” to those who were spreading rumours that DTC will shut down.

“We are phasing out old-polluting buses and replacing them with electric buses. Many countries have very modern transport systems. We will take a page out of their book and develop the most effective and efficient transport model in Delhi,” Mr Kejriwal said at the event.

The chief minister said with the addition of 97 more electric buses to Delhi’s fleet, the total number of such buses will go up to 250 since 153 such buses are already on the capital’s roads.

“Fifty more electric buses will join the fleet in September. By September 30, there will be 300 such buses on the roads of Delhi. We are in the process of acquiring another 1,500 e-buses, we expect them to come by November 2023.

Sharing figures, he said Delhi’s bus fleet will cross 10,000 with this and will boast of an 80 per cent electric bus fleet. “With over 8,000 e-buses Delhi will become the city with the most e-buses in the country,” Mr Kejriwal asserted.

“This is an unprecedented fact in itself. There were never so many buses in Delhi,” he said.

Mr Kejriwal also said that electrification of bus depots is going on rapidly to support the revolution with charging infrastructure.

“Fifty-five bus depots are in line to get electric charging stations. Three depots are already electrified, 17 more to be electrified by June 2023 and all 55 by December 2023. We strive to develop a unique model of transport in Delhi,” he said.

The chief minister said that on Tuesday, 11 women bus drivers joined the team after receiving bus driving training at the government’s training institute.

“I congratulate all of them. I am personally delighted to see our sisters take charge of the wheels of Delhi. In the coming times, 200 more women will be trained as bus drivers and join us very soon,” he added.

“This is a befitting reply to those who were saying that DTC will shut down. Under the leadership of Chief Minister Arvind Kejriwal, we will make DTC the best state transporter. With today’s induction of 97 electric buses, Delhi now has 250 electric buses which make 3.4 per cent of total buses in the public transportation fleet,” he added.

With 7,373 buses in the fleet, the government said this is the highest number of buses ever existed within city bus transportation.

The Rajghat Depot will house 50 electric buses out of 97 flagged off on Wednesday. One bus will need only 42 minutes to go from zero to full charge.