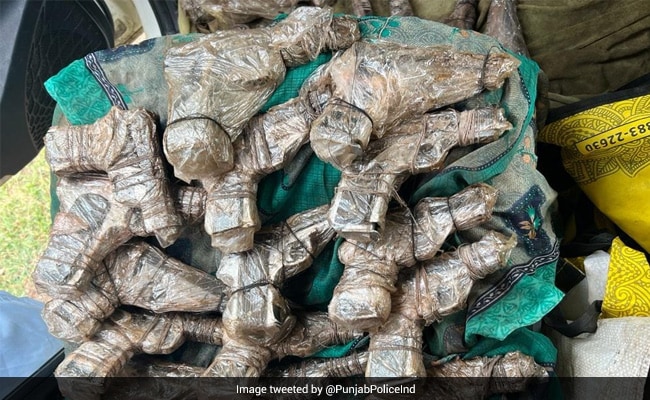 The police team from Amritsar in Punjab on Saturday arrested the three persons,.

The Punjab Police have arrested three illegal arms suppliers and seized 63 country-made pistols from their possession in Madhya Pradesh’s Khargone district, an official said on Sunday.

As many as 24 cases were earlier registered against the three accused, who used to supply pistols in Punjab, Rajasthan and other states, Punjab State Special Operation Cell’s sub-inspector Jagdeep Singh said.

The police team from Amritsar in Punjab on Saturday arrested the three persons, identified as Kailash Singh, Sonu Singh and Gorelal, from Khargone’s Kajalpura Road and seized 63 country-made pistols from them, he said.

He said that two other persons, named Jai Sharma and Deepak Pratap, were last month arrested with four pistols.

During questioning, the two persons had informed that pistols were purchased from these three accused, the official said.

Khargone’s Superintendent of Police Dharmveer Singh said the Punjab Police had contacted their counterparts here, who helped them in making the arrests.