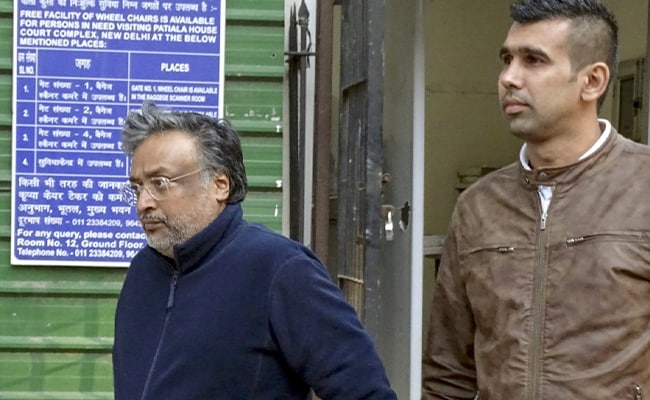 The Central Bureau of Investigation(CBI) has arrested Delhi-based lawyer Gautam Khaitan in the case of alleged commission paid by Brazilian aircraft manufacturer Embraer to a UK-based Non-Resident Indian(NRI) middleman to swing a three-aircraft deal with the Defence Research and Development Organisation (DRDO) worth USD 210 million in its favour in 2008, officials said Thursday.

The CBI arrested Gautam Khaitan last week, nearly six years after registering a First information Report(FIR) on the basis of a Brazilian newspaper report exposing alleged kickbacks of USD 5.76 million paid by the company in the deal for fully customised EMB-145 aircraft for the DRDO which were to be fitted with airborne early warning and control (AEW&C) system, they said.

Gautam Khaitan, who was also charge-sheeted in the Augusta Westland Very Very Important Person(VVIP) Chopper purchase case, was questioned for nearly four days by CBI officials after his arrest on August 25. He was subsequently sent to judicial custody, they said.

The CBI suspects that Gautam Khaitan was instrumental in moving the alleged bribe money to India through circuitous transaction using different companies abroad and in India, they said.

The agency had booked UK-based arms dealer Vipin Khanna and two companies — Brazil-based Embraer and Singapore-based Interdev Pte Ltd — in connection with the alleged corruption in the deal that was inked on July 3, 2008.

It is alleged that the kickbacks were allegedly routed from subsidiaries of Embraer to Vipin Khanna through Interdev to be used for influencing officials in the Defence Ministry and the Defence Research and Development Organisation (DRDO).

The agency had registered a preliminary enquiry in September, 2016 after the report in a Brazilian newspaper alleged that Embraer had used the services of middlemen to clinch deals in Saudi Arabia and India.

According to defence procurement rules of India, middlemen are strictly barred in such deals.

The CBI preliminary enquiry had found that due to alleged mediation by Vipin Khanna, DRDO officials moved a proposal for the purchase of aircraft from Embraer on a single vendor basis after which the enquiry was converted into an FIR in October, 2016.

“It was also alleged that in lieu of facilitating the agreement/deal between Brazil-based firm and DRDO (India), the firm paid an amount of USD 5.76 million (approx) to the said middleman (Khanna) through Singapore-based company during the year 2009,” the CBI spokesperson had said after filing of the FIR.