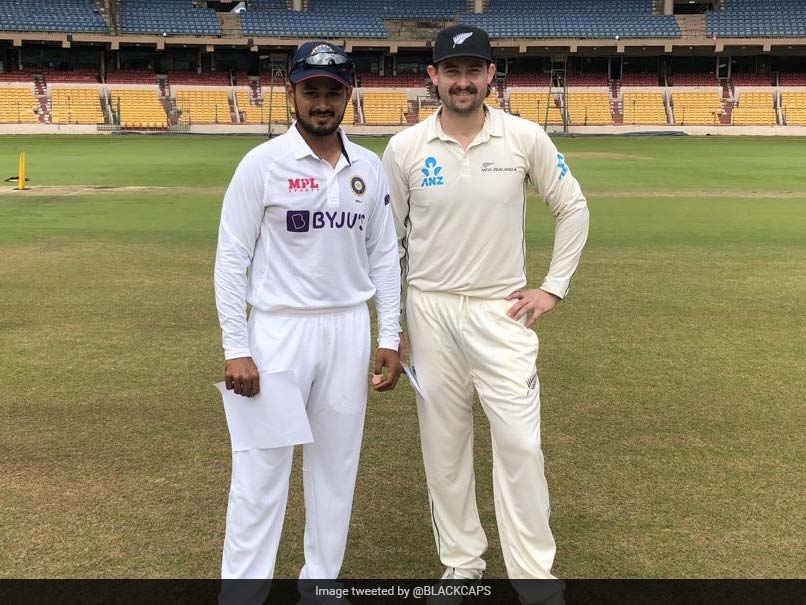 Bengal seamer Mukesh Kumar bowled to a probing channel in all his spells as India A stifled New Zealand A to 156 for five before bad light stopped play on the opening day of the first ‘Unofficial’ Test. Playing for a representative national side (India U-19, India U-23, India A or Senior India) for the first time, the right-arm fast-medium bowler got the ball to move both ways and finished with figures of 13-4-34-3, with a wicket in each of his three spells.

Not only did he bowl to a probing channel but he also forced the New Zealand batters to play most of his deliveries, unlike the other two who were letting them leave quite a few.

Mukesh drew the first blood when he got one to move a shade as opener Chad Bowes (5) edged one to Ruturaj Gaikwad at first slip.

It wasn’t long before Nagwaswalla struck at the stroke of an hour when left-hander and Black Caps Test player Rachin Ravindra (12), sent to open, tried to drive a fuller length delivery, only to offer a catch to Rajat Patidar at second slip.

Dayal joined the list of wicket-takers when Abhimanyu Easwaran held on to a catch in the second slips to dismiss southpaw Mark Chapman (15), who has played T20Is as recently as the month of July.

The right-handed No. 3 Joe Carter (73 batting off 170 balls) showed a lot of composure, having come out to bat only in the fifth over. Carter has so far hit 10 fours in his innings.

When Carter and skipper Robert O’Donnell (24) seemed to have nicely settled down with a 49-run stand, India A captain Priyank Panchal brought back Mukesh for his post-lunch spell with the semi-new ball.

A fullish delivery that cut back enough found O’Donnell plumb in front to leave New Zealand A in trouble at 100 for four in the 36th over.

Mukesh, who came back for his third spell, got the old ball to break back in and found Fletcher’s pads after a 49-run stand in just over 22 overs.