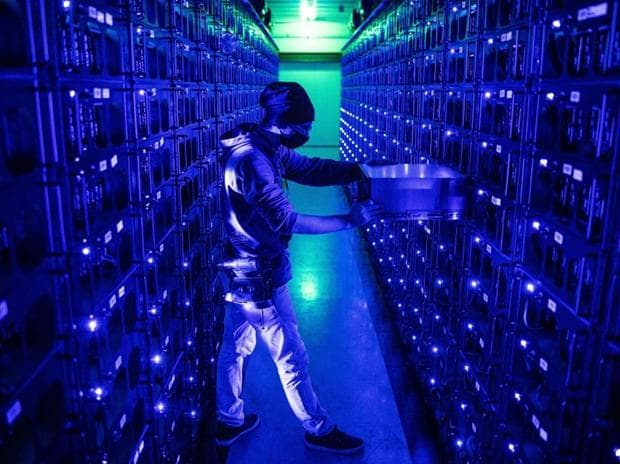 If India proceeds with a rumored ban on cryptocurrency, it wouldn’t be the country’s first attempt to impose currency controls. This time, however, a ban is even less likely to succeed — and the consequences for India’s economy could be more dire. The country shouldn’t make the same mistake twice.


In the 1970s and 80s, at the height of what was known as the License Raj, Indians could only hold foreign currency for a specific purpose and with a permit from the central bank. If a businessman bought foreign exchange to spend over two days in Paris and one in Frankfurt, and instead spent two days in Germany, the Reserve Bank of India would demand to know why he’d deviated from the currency permit. Violators were routinely threatened with fines and jail time of up to seven years.

Imports required additional permits. Infosys Ltd. founder Narayana Murthy spending about $25,000 (including bribes) to make 50 trips to Delhi over three years, just to get permission to import a $150,000 computer. Plus, since any foreign exchange that the company earned notionally belonged to the government, the RBI would release only half of Infosys’s earnings for the firm to spend on business expenses abroad.


Naturally a black market, with all its unsavory elements, emerged for foreign currency. The government doubled down, subjecting those dealing in illicit foreign exchange to preventative detention, usually reserved for terrorists. Businessmen selling Nike shoes and Sony stereos were arrested as smugglers.


The system impoverished Indians and made it impossible for Indian firms to compete globally. There’s a reason the country’s world-class IT sector took off only after a balance of payments crisis forced India to open up its economy in 1991.


While details of the possible crypto ban remain unclear, a draft bill from 2019 bears eerie resemblance to the 1970s controls. It would criminalize the possession, mining, trading or transferring of cryptocurrency assets. Offenders could face up to ten years in jail as well as fines.


Such a blanket prohibition would be foolish on multiple levels. For one thing, enforcing the law would be even more difficult than under the License Raj. Raids once aimed at seizing dollars and gold bars would face the challenge of locating a password or seed phrase holding millions in Bitcoin. Nor can the government seize or even access the network of computers scattered across the world mining cryptocurrency and maintaining blockchain ledgers.


To enforce a ban, authorities would have to develop an intrusive surveillance system that could track all digital and internet activity in the country. Thankfully, India does not have the state capacity to pull that off. More likely, its efforts will only drive the cryptocurrency market underground.


That would almost certainly give rise — again — to an ever-evolving set of arbitrary rules imposed by the central bank and tax department, optimized mostly to extort bribes. Young coders and start-up founders would face harsh and arbitrary raids. Unlike the “smugglers” of the 1970s, some of India’s most elite and entrepreneurial workers are engaged in these new financial technologies; persecution could spur a brain drain.


Ordinary Indians would be deprived of the very real benefits of cryptocurrency. The ban would prevent Indians from capitalizing on crypto-asset appreciation, which blockchain evangelist Balaji Srinivasan has called a “trillion-dollar mistake.” India receives the highest inflow of global remittances and using blockchain networks could save Indians billions in transfer fees. Meanwhile, elite Indians with options will flee the country, taking their wealth and innovations with them.


And none of this will address the government’s real fear: tax evasion. Granted, unlike gold bars and dollars under the mattress, cryptocurrency is hard if not impossible to track. Some users will no doubt exploit that fact to hide earnings from the tax authorities.


But, just like its disastrous predecessor — the government’s snap decision in 2016 to render 86% of India’s currency notes invalid overnight — banning cryptocurrency to fight “black money” would be like setting fire to the forest in order to smoke out a few sheep. A far better solution would be to streamline India’s devilishly complex tax code, broaden the tax base and make enforcement less arbitrary, thus encouraging more Indians to pay what they owe.


The government’s second worry is preventing capital flight and volatility during economic crises. Cryptocurrency would allow Indians to bypass the current restrictions on capital account convertibility and invest abroad more easily. But again, protecting Indians from global volatility by banning cryptocurrency would be like making roads safer by eliminating cars. The real long-term solution is for the government to gradually reduce controls over capital mobility and make India a more desirable investment destination.


Instead of criminalizing digital currencies, the government should take a hard look at India’s restrictions on financial transactions and bring them in line with the changing world. Liberalization in 1991 made India a world leader in IT. Opening up even further could place Indians where they belong — at the frontier of fintech innovation, not under suspicion.