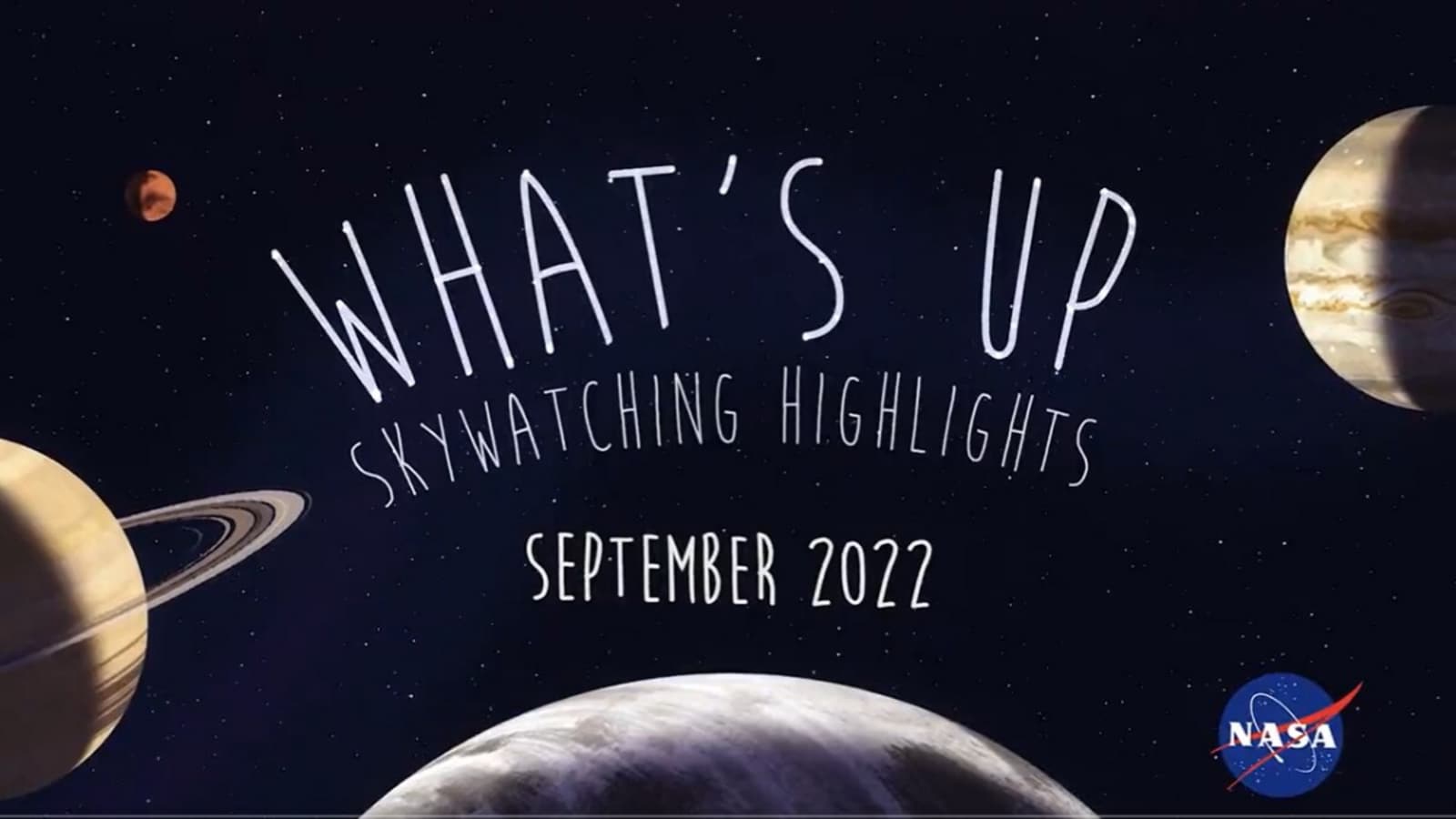 From first quarter moon, shortest solar day, autumnal equinox and more, here is what you can look for in the sky in September, according to NASA.

Sky holds a lot for you to look out for! Every month has a list of events happening in space. The month of September too brings a lot of things out in the space for you to watch. From first quarter moon to shortest solar day- September has it all. “What’s up this month, stargazers? Mars makes a red triangle with the stars Aldebaran and Betelgeuse, the Moon hangs out with Jupiter, and September 23rd brings the equinox,” NASA Solar System tweeted.

NASA too informed about the events coming up in this month by tweeting, Mars is on the move, the Moon hangs out with Jupiter, and Sept. 23 marks the start of fall in the Northern Hemisphere and spring in the Southern Hemisphere.” Mars on the move, prime viewing time for Jupiter, to more- here is the list of what’s in the sky for September.

1. September 3: First Quarter Moon– The Moon is a quarter of the way through its monthly journey and you see half of its illuminated side. A first quarter moon rises around noon and sets around midnight. It’s high in the sky in the evening.

2. September 6: Mars and Aldebaran– Mars and the bright star Aldebaran will appear nearest to each other on late Tuesday night to Wednesday morning.

3. September 7: Saturn and the Waxing Gibbous Moon- Saturn will be about 9 degrees to the upper left of the waxing gibbous moon as evening twilight ends at 8:28 p.m. EDT. It can be noted that times and viewing angles are based on the location of NASA Headquarters in Washington, D.C.

5. September 11: Jupiter and the Moon- Sunday morning Jupiter will appear near the full moon. Jupiter will appear about 8 degrees to the left of the Moon around midnight, and will have shifted to about 6 degrees above the Moon by the time morning twilight begins at 5:47 a.m EDT. It will make for a great viewing opportunity to observe the Moon and Jupiter together through binoculars.

7. September 16: Mars and the Waning Gibbous Moon- Late on Friday night into Saturday morning, Mars will appear near the waning gibbous moon. The pair will rise above the east-northeastern horizon about an hour before midnight on Friday night, with Mars about 4 degrees to the right of the Moon. The pair will appear to separate as the night progresses, according to NASA Solar System.

8. September 17: Third Quarter Moon- The Moon is three-fourths of the way through its monthly journey and you will be able to see half of its illuminated side. (The other half compared to the first quarter phase.) It rises around midnight and sets around noon.

10. September 20: Pollux and the Waning Crescent Moon- Tuesday morning, the bright star Pollux will appear about 3 degrees to the upper left of the waning crescent moon. The Moon will rise above the northeastern horizon early in the morning at 1:19 a.m. EDT and morning twilight will begin less than 5 hours later at 5:56 a.m.

11. September 22: Autumnal Equinox- The autumnal equinox, the astronomical end of summer and start of fall, is at 9:03 p.m. EDT. The Sun will be shifting from the Northern to the Southern Hemisphere, passing across Earth’s equator (in the Pacific Ocean north of the Solomon Islands).

12. September 23: Mercury at Inferior Conjunction- Early Friday morning, Mercury will pass between Earth and the Sun, called inferior conjunction. Also, Mercury will be shifting from the evening sky to the morning sky and will begin emerging from the glow of the dawn on the eastern horizon after September 27 (depending upon viewing conditions).

13. September 25: New Moon- This is the invisible phase of the Moon, with the illuminated side of the Moon facing the Sun and the night side facing Earth. In this phase, the Moon is in the same part of the sky as the Sun and rises and sets with the Sun.