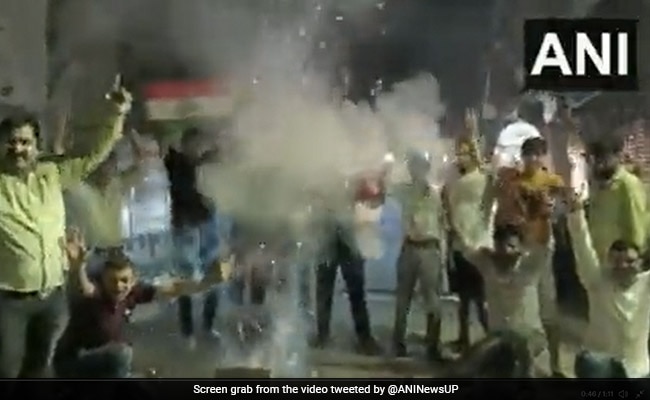 India-Pakistan cricket encounters count among the most intense sports rivalries across the world.

Echoes of “India-India” filled the air across the country as Hardik Pandya hit the victory shot against Pakistan in an Asia Cup match yesterday.

Celebrations erupted across India including places screening the live telecast of the match held at Dubai International Stadium. Fans holding the national flag gathered in several Indian cities and celebrated with fireworks after the India-Pakistan thriller ended in a 5-wicket victory for the ‘Men in Blue’.

Here are a few glimpses of the celebrations:

#WATCH | People celebrate in Bengaluru as India defeats Pakistan by 5 wickets in #AsiaCup2022pic.twitter.com/dkVs1v9EnH

#WATCH | Celebrations in Maharashtra’s Nagpur after India’s victory over Pakistan in #AsiaCuppic.twitter.com/9RjAou3QD3

Prime Minister Narendra Modi tweeted praises for the Indian team and said they put up a “spectacular all-round performance”.

“#TeamIndia put up a spectacular all-round performance in today’s #AsiaCup2022 match. The team has displayed superb skill and grit. Congratulations to them on the victory,” the Prime Minister tweeted.

India-Pakistan cricket encounters count among the most intense sports rivalries across the world.