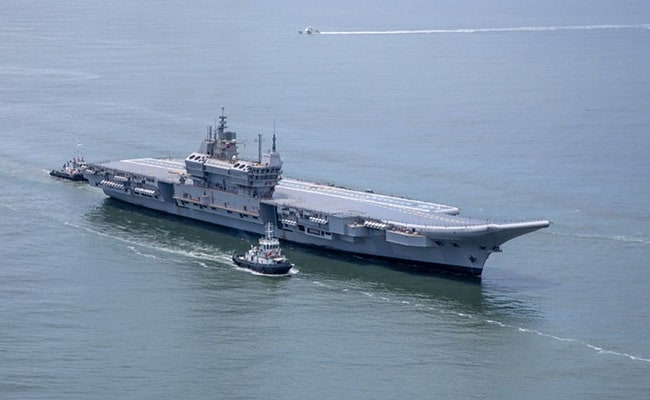 INS Vikrant will be commissioned on Friday by Prime Minister Narendra Modi.

India will formally commission its first home-built aircraft carrier on Friday, the culmination of 17 years of construction and tests as the country seeks to catch up with China and its far larger naval fleet.

The INS Vikrant however will not have its own fleet of fighter jets on deck and instead will rely on a few Russian-designed aircraft borrowed from India’s only other carrier, the INS Vikramaditya.

France’s Dassault and Boeing are locked in a race to provide the government with over two dozen jets earmarked for the Vikrant, a 262 metre-long vessel built at the state-run Cochin Shipyard.

The Navy and Defence Ministry did not respond to questions from Reuters.

Designed by the Navy, the carrier is the largest warship to be built in the country, able to accommodate a crew of around 1,600 and operate a fleet of 30 aircraft, including fighter jets and helicopters.

More than 75% of the ship’s components are indigenously procured, with half a dozen major industrial firms and over 100 smaller businesses providing equipment and machinery, according to the Defence Ministry.

The Vikrant will be commissioned on Friday by Prime Minister Narendra Modi after completing almost a year of sea trials.

“The final proof of the pudding is the ship’s performance during sea trials. While it seems to be behaving pretty well, stability wise, aircraft operations have yet to commence. One hopes it will be a success story all the way,” former Chief of India’s Naval Staff Admiral Arun Prakash told Reuters.

“Because of our typically disjointed decision-making process, the selection of an aircraft got de-linked from the carrier project, and a decision is yet to be taken,” he said.

“We knew the ship was likely to be commissioned this year, and the selection process as well as negotiations should have started well in time, perhaps three to four years earlier.”

“It would hence take some time for Vikrant to be operationally deployed along with its aircraft,” Karle told Reuters.

India has an estimated 40 Russian-made MiG-29Ks which mainly operate on the Vikramaditya – a repurposed Russian vessel. Some of those fighters will now be brought on to the Vikrant.

“If an aircraft carrier…is to be made operational, then the main weapon is the air wing, right? So, it is going to be a critical shortfall,” said Kamlesh Kumar Agnihotri, a senior fellow at New Delhi’s National Maritime Foundation think-tank.

“Otherwise the aircraft carrier will not be able to be exploited optimally,” the retired naval captain added.

Vikrant is the largest warship to be built in the country

With the Vikrant’s entry, India can deploy an aircraft carrier on both its eastern and western seaboards and expand its maritime presence, although the Indian navy still lags behind key regional rival, China.

India and China share a long border, some of which is disputed, where there were deadly skirmishes between their armed forces in 2020.

The Chinese People’s Liberation Army Navy has around 355 vessels, including two aircraft carriers, around 48 destroyers, 43 frigates and 61 corvettes, according to Karle.

In June, China launched its third aircraft carrier, which features a full-length flight deck with a catapult launch system – unlike India’s smaller carriers that use ski-jumps.