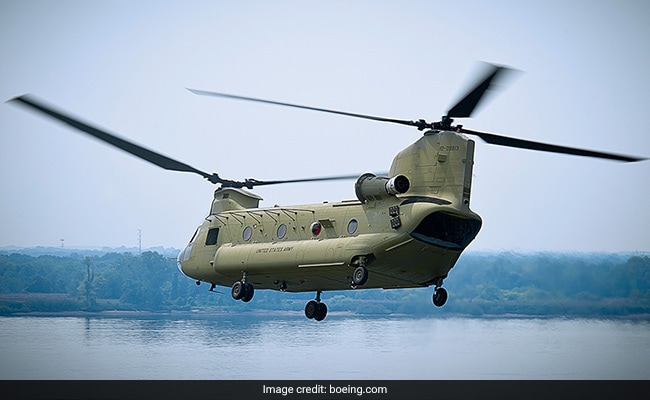 Officials said the US Army was aware of a small number of engine fires in the Chinook helicopters. (File)

The US Army has grounded its entire fleet of Chinook helicopters, a battlefield workhorse since the 1960s, over the risk of engine fires, a media report said Tuesday.

The Wall Street Journal, which broke the story, said such an extreme step was taken out of abundance of caution.

India has about 15 CH-47 Chinook helicopters. Over the past few years, they have emerged as one of the major military tools for airlift operations in places like Ladakh and Siachen glaciers to assist Indian forces deployed in these regions.

Officials told the Wall Street Journal the US Army was aware of a small number of engine fires in the helicopters, and the incidents didn’t result in any injuries or deaths.

“One of the officials said the fires occurred in recent days,” the Journal said. “The US Army Materiel Command grounded the fleet of hundreds of helicopters out of an abundance of caution.” However, officials were looking at more than 70 aircraft that contained a part suspected to be connected to the problem, officials told the daily.

The grounding of the heavy-lift Chinook helicopters could pose logistical challenges for American soldiers, depending on how long the order lasts, the Journal said.

The US Army has about 400 such helicopters in its fleet.