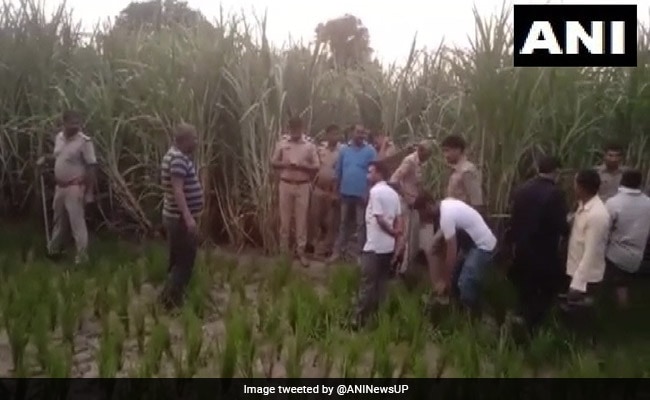 UP: The case was reported at the Rudhauli police station.

In a suspected case of murder due to an interfaith relationship in Uttar Pradesh’s Basti district, an 18-year-old man and a girl were allegedly killed after they were reportedly found in an objectionable position.

The case was reported at the Rudhauli police station. The girl’s family allegedly killed the couple and buried her body while the teenager’s body was thrown in a nearby sugarcane field.

The process of exhuming the girl’s body from the grave has begun and the police are preparing to conduct a post-mortem on both the bodies, said Assistant Superintendent of Police Deependra Choudhary.

“Police have been deployed in the village in large numbers and the matter is being investigated. The culprits would be caught soon,” Mr Choudhary said.

The matter came to light when a farmer, Paras Nath Chaudhary, found the teenager’s body in his sugarcane field and informed the police. Rudhauli police station in-charge Inspector Ramkrishna Mishra then reached the incident site and started an investigation.

According to preliminary investigation, several injury marks were found on the teenager’s body. When his body was found, he was wearing a green shirt with all buttons open and his pant had slipped down to his feet.

The teenager’s father told the police his son used to drive a tractor for a man in the village. Further, the victim’s brother informed he had gone to that man’s house, police said. He left home at night and did not return, and his phone was switched off, his family claimed.

The police, after reaching that man’s house, found his sister had also died the previous night and had been buried.

“Further investigation revealed that the girl had died in mysterious circumstances during the night and was buried. The teenager’s family has alleged honour killing. We’ve registered a case and investigation is on,” added Mr Chaudhary.