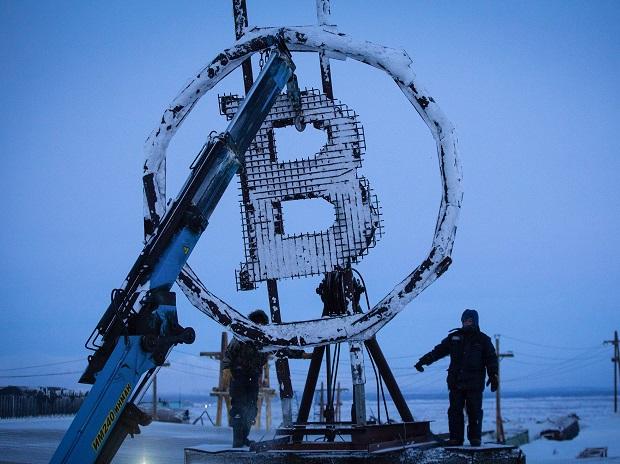 Contradictory statements and media leaks are making it impossible to get a handle on India’s soon-to-be-unveiled cryptocurrency policy. The uncertainty is throwing young blockchain firms and programmers into a paroxysm of anxiety: Should they leave or stay? If they hang back, should they do something else with their lives?


On Sunday, the global crypto industry heaved a sigh of relief when Finance Minister Nirmala Sitharaman categorically ruled out a much-feared blanket ban, promising to allow a window for people “to do certain experiments” using distributed ledger technologies, Bitcoin and other virtual currencies, she said at an India Today conclave.

But before the ink could dry on the congratulatory press releases from entrepreneurs, Reuters cited an official with direct knowledge of the plan as saying that the new law will “criminalize possession, issuance, mining, trading and transferring crypto-assets.”


That will be nothing short of a second existential crisis in three years. India’s crypto evangelists fought a brave legal fight — a couple of them even went behind bars for a short while — against the monetary authority’s 2018 diktat to banks, telling them not to allow anyone dealing in digital assets to operate an account. Last year, the nascent blockchain industry won when the country’s highest court set aside the Reserve Bank of India’s order.


Optimism started to rebuild, and surging Bitcoin prices began to lure millennials. When it comes to transferring Bitcoin and other digital assets, India is of late providing more volume than China on popular peer-to-peer platforms.


The risk that India would hit back with a new law to make criminals out of crypto professionals and investors was always present. So practitioners tried to educate policymakers, appealing for sensible regulation starting with definitions for what is a utility token, which digital asset is to be viewed as a security, and which is to be treated as a currency.


The trouble is with bureaucrats. They say they want blockchain, but not cryptocurrencies. It’s as silly as wanting airports with duty-free shops but no flights. From the Reuters story, it doesn’t appear that the final regulation will be much different from what a draft bill had recommended in 2019. A government panel report, which had provided the backdrop for the draft legislation, said that authorities would be fine with distributed ledger technologies for delivery of any services, or “for creating value,” without involving cryptocurrencies “for making or receiving payment.”


Such a dichotomy will be messy in practice. Take international money transfers, where costs pile up because of payment messages that have to laboriously jump national borders by using correspondent banks. To provide value, the service provider will need to employ virtual payment tokens, something that the Philippines and Bangladesh are already allowing. India, the world’s largest recipient of overseas remittances, won’t want to miss out.


To see where India might be going with its policy flip-flops, consider something else Sitharaman said at the conclave. A lot of the experiments that fintech firms are doing in blockchain, she said, will be taken up “in a big way” in the offshore financial center in Gift City in Gujarat, Prime Minister Narendra Modi’s home state. A startup meet is planned there, she said.


Now, it may be an excellent idea to fill up a ghost town with 20-something programmers since 40-something Mumbai bankers won’t go there. Perhaps even the code writers don’t have to leave behind the city lights of Bangalore and Hyderabad and head for the boondocks. As long as resident Indian investors are allowed to freely park in Gift City some of the $250,000 they’re permitted to take overseas annually, the offshore center could in theory channel some dollar liquidity to the crypto industry. The domestic banking system will steer clear of crypto. The central bank’s sway over the rupee would remain intact.


Such a compromise solution will leave the blockchain industry cold. Yes, there’ll be a sandbox for local fintech to play and learn. But there will be no pathway for enterprises to grow into mature businesses. That’s because when they want to graduate from segregated dollar accounts and enter the mainstream of the domestic economy, they’ll bump up against the crypto ban — if there’s one in place.


It’s unclear how exactly authorities will catch people in possession of virtual currencies. The two obvious chokepoints are banks and the telecom network. If someone is using a VPN service to access the internet, and not buying or selling Bitcoin using an Indian bank account (but earning and spending it peer to peer), the prohibition won’t be enforceable.


Today, the popular person-to-person payment choice is Bitcoin, which isn’t surprising given its $60,000 price tag. After Beijing rolls out its digital yuan in 2022, even the e-CNY could gain international acceptance as a means of payment and store of value. Rather than complain then about Chinese incursions in India’s monetary sovereignty, New Delhi should enact a practical crypto law now.


A regulatory sandbox in Mumbai, where most of India’s financial industry resides, would give the authorities ideas for designing a smart official paperless currency. If they adopt a draconian law out of a fear of money laundering or loss of control on the capital account, transactions will simply go underground. Nobody is asking New Delhi to make Bitcoin legal tender or accept tax payments in it. Just a little tolerance of cryptocurrencies will be enough.