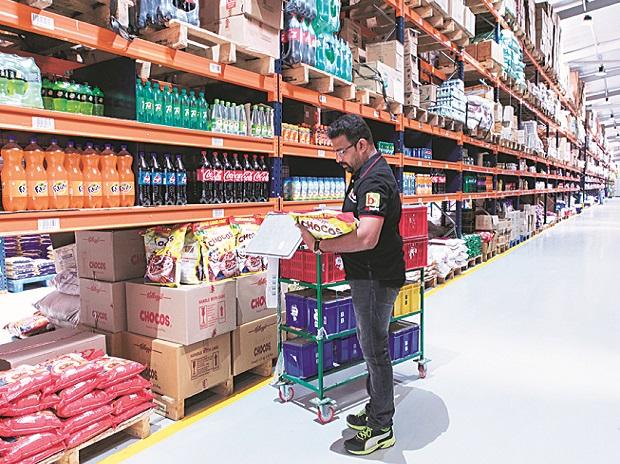 
The Tata Group is in the final stages of acquiring a majority stake of 68 per cent in Supermarket Grocery Supplies, which runs and operates online grocery brand BigBasket, for about Rs 9,300-9,500 crore, said a source close to the development. The deal — biggest in the online grocery space so far—values BigBasket at Rs 13,500 crore (around $1.85 billion). Read more


India Inc’s quarterly net profit reached a record high of Rs 1.64 trillion in the third quarter ended December 31, 2020, mainly due to gains from higher commodity prices and a big swing in banks’ earnings. The combined net profit of 3,323 listed companies that have declared results so far was up 68.6 per cent year-on-year (YoY). In comparison, earnings were up six times (534 per cent) in the second quarter and 6.5 per cent in the corresponding period last year. Read more


Rush for NFOs amid buoyancy in markets to offset net redemptions


Equity mutual fund (MF) schemes, despite buoyancy in the markets, have seen sustained net redemption since July. To stem outflows and boost asset mobilisation, the Rs 30-trillion asset management industry is making a beeline for new schemes. On Friday, documents for over 12 new fund offer (NFO) were filed with the Securities and Exchange Board of India (Sebi), taking the year-to-date count to 30. Experts say even as investor sentiment remains bullish, most existing schemes are seeing outflows every month. Read more


Britain’s Cairn files case in US to push India to pay $1.2 billion award


Cairn Energy has filed a case in a US district court to enforce a $1.2 billion arbitration award it won in a tax dispute against India, a co­urt document showed, ratc­heting up pressure on the government to pay its dues. Read more


Bitcoin trade may attract I-T, GST; taxes to be paid in this fiscal year


Ahead of the cryptocurrency Bill, the government is likely to levy both income-tax (I-T) and goods and services tax (GST) on gains and trading of bitcoins or cryptocurrencies, said a senior finance ministry official privy to the development. A circular will be released soon, he added. “Bitcoins will be categorised as financial services attracting 18 per cent GST on fee commission collected under this segment. Read more


Economists are divided whether recession has spilled over to the third quarter or if the economy would yield growth. Their projections range from a GDP decline of 1 per cent to a growth rate of 0.7 per cent during October-December. The GDP numbers for the third quarter are expected to be released next week. Read more


Mumbai-based Lodha Develo­pers plans to file a draft red herring prospectus for initial public offering (IPO) this week, said sources in the know. “The paper­work is done,” informed sources. Lodha Group considered a listing in 2009 and 2018, but shelved the plan due to unfavourable market conditions. Read more


With WHO backing, SII to ship Astra Covid-19 vaccine to 70 countries


After Pune-based Serum Institute of India (SII) got emergency-use licence (EUL) from the World Health Organization (WHO), it will now export the AstraZeneca/Oxford vaccine (local version is known as Covishield) to around 67-70 countries. Its Novavax vaccine candidate (which it is also manufacturing) will be exported to over 90 countries. Read more