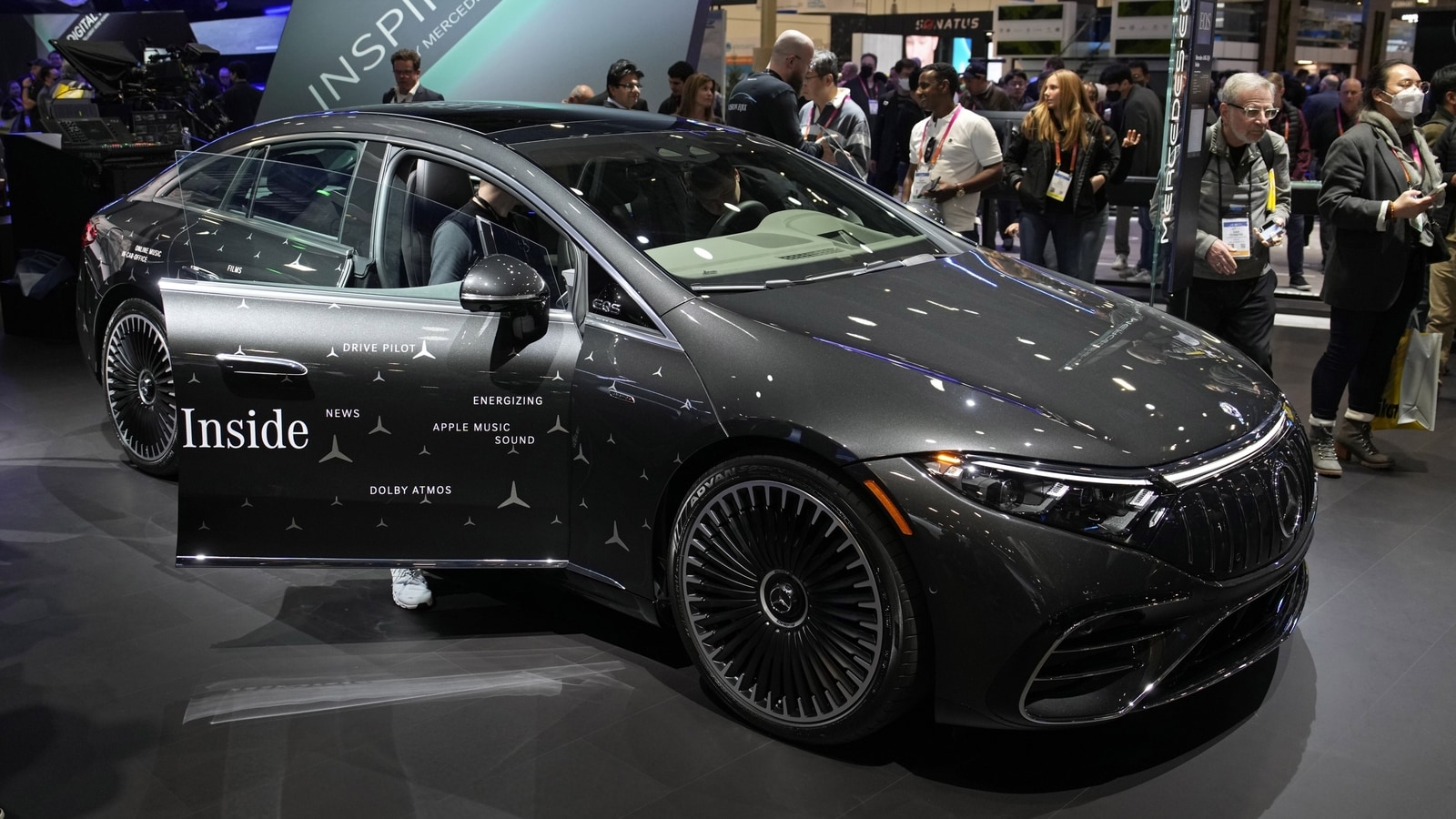 At last count, Mercedes-Benz offers 14 electric vehicles. They’re difficult to keep straight. Many of the variants in the EQS, EQE and EQB lines look and behave virtually identically.

But after driving a number of them, here’s the one I’d consider first: the Mercedes-AMG EQS sedan. With a reserved design that obscures stupefying speed, it presents the forefront of technology without compromising the indulgent standards we expect from the brand with roots back to 1886.

The $147,500 Mercedes-AMG EQS sedan has a similar, subtle body design and quiet interior as the brand’s S-Class sedan, and, just as the S-Class exceeds the E-Class, it’s larger, more powerful and more spacious inside than the other electric sedan, the EQE. (When I say “subtle,” I mean I walked right past it one day after a run around Silver Lake. And I was actively looking for it.)

The main difference is that the electric EQS wallops the entire Mercedes lineup, gas and electric, when it comes to performance. That AMG badge means you’re in for something fun. Powered by dual motors and AMG-tuned all-wheel drive, the AMG EQS sedan boasts more brute force even than most Lamborghinis. It gets 751 horsepower when a special boost function is engaged; under regular driving it gets 649 horsepower, which is enough to dust off pretty much everything else.

Combined with 700 pound-feet of torque that I’m still dreaming about at night, the AMG EQS sedan can get from 0 to 60 mph in 3.4 seconds. By comparison the $117,700 S 580 achieves 496hp and goes to 60mph in 4.4 seconds. Top speed is 155 mph. (Its performance figures fall roughly in between the faster, more powerful Tesla Model S and the Porsche Taycan.)

I drove the AMG EQS sedan through a week of California’s worst rain in more than 100 years and fell in love with how utterly planted this car felt every time I pressed the accelerator. I’d be cruising down Highway 101 at 60 mph, push my foot down, and jump to 80 mph in the time it took me to blink. The only drama was the person in my rear-view wondering what had just passed them. The AMG EQS was far faster than anything I’ve driven in a long time, the first vehicle that has made me realize I actually prefer the feel of electric torque at highway speeds over that of combustion engines. It’s just so much better at short-burst sprinting at high speed, like broadband versus dial-up. Like text message versus fax. Instant gratification.

If I have to pick a low point, I’m pointing to the brakes. They lack the bite I want to feel in a vehicle so otherwise spirited for its size. I’d also point to the “one-bow” design, which I don’t have any philosophical problem with, and which looks more elegant and is much more well put-together than the cheaper Tesla Model S—it’s just not my cup of tea. The cab-forward rounded shape reminds me too much of a lozenge.

I’ve been told I’m unlikeable behind the wheel of electric vehicles. Apparently I get stressed when it comes to monitoring range. If a car has less than 15% of battery life, I refuse to drive it. I’ve spent too many hours charging EVs (and waiting to charge EVs) in random parking lots to risk running low on juice. A quick coffee run on a low “tank,” a jaunt out to see a friend, and suddenly you’re desperate for a charger at what Murphy’s law says will always be the most inconvenient time. I can’t handle the anxiety.

Mercedes says the AMG EQS has 277 miles of total driving range and averages 77 mpge in combined city and highway driving. I found that to be generally true as I traversed LA’s canyons. I saw the mileage listed on the dashboard gauges dwindle at a rate faster than how many miles I was actually driving in real time—minor panic attack alert! It takes the fun out of driving for me—but that’s a fact of life with every EV on the market today. EV mileage and range change based on how hilly the road is, how hard you’re accelerating, whether you’re using the seat massagers and a million other variables including the weather.

All told, expect to spend more than 11 hours on a 240-volt outlet for a full charge; you can get it to 80% in 31 minutes on a DC fast charger, which is on par with the rest of the market.

What is far superior to par is the interior of this beaut. Mercedes is dumping all its latest developments into its EQ cars, and for this we are grateful. Should you or I find ourselves spending unexpected time inside the AMG EQS in order to charge a depleted battery, there are far worse places to be.

The theater-like “hyperscreen” that spans the entire length of the front dashboard sets the tone for what feels like the lounge of the future. The rear feels as executive-caliber as the S-Class sedans. There are quick-heated and -ventilated and massaging seats, of course, but also laminated windows offering extra thermal and noise insulation. A 17.7-inch section of the hyperscreen is a OLED touchscreen central multimedia display is unique in its design and intuitive controls for audio volumes, climate, navigation and drive modes; the 12-plus inches of hyperscreen on the dashboard directly in front of the passenger seat lets friends and relations control more of the entertainment with a screen right in front of them, too.

A voice control system responds to very naturally spoken commands (“Hey Mercedes, call Mom”), rather than stilted commands (“HAY. MER-SAY-DEEZ. CALL. MOM. C A L L. M O M!”) as in so many other vehicles. Biometric authentication lets you personalize up to 800 vehicle settings, from music programming to seat comfort, and save them in any of seven user profiles accessed from a built-in fingerprint reader below the central touchscreen–the system can also recognize your voice and your face.

The cool new augmented reality head-up display may annoy those who prefer their windshield to be distraction-free, but I found it useful. Driving to an appointment in a new neighborhood, I could easily follow the map synched from my phone without having to divert my eyes from the road, since all turns, distances and instructions down to lane changes translated into the HUD, along with basic information like speed and time. But you can turn it off.

You’ll definitely want to turn off the annoying “sound experience” Mercedes has implanted in the AMG EQS to approximate some sort of faux engine note. It sounds like a faulty component has come loose somewhere under the car’s hood. Nothing so synthetic should distract from a car otherwise so swift, sublimely silent and indulgent inside. Just make sure you park it where you can find it again.