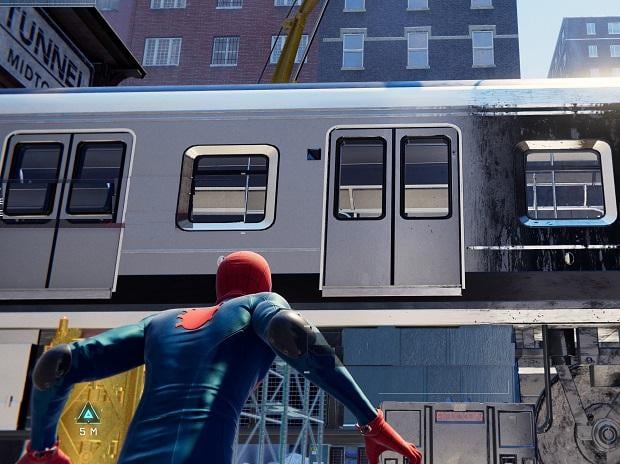 ‘Spider-Man: Miles Morales’ is a standalone sequel to Insomniac Games’ highly successful ‘Marvel’s Spider-Man’ — the PlayStation-exclusive released in 2018 that is still regarded as one of the best superhero games ever made.


The latest spinoff retains much of what was good from the original game, but it also brings some definitive changes that seem a natural extension of the titular character, who is just learning the ropes of being a web-slinging vigilante. Released alongside the PS5, it also leverages the features of the new high-powered console.


Spider-Man: Miles Morales takes place in New York, nearly a year after the original PS4 game, in which time our protagonist has moved back to Harlem, with his mother Rio Morales. The original Spiderman, Peter Parker, and Miles are working alongside, but, shortly into the game, Parker goes on a vacation with MJ to Europe, leaving Miles as New York’s sole Spider-Man. He is soon involved in a conflict between the technology conglomerate Roxxon Energy Corporation and high-tech criminals called ‘Underground’, and as the story develops, the stakes become very personal for Miles.


And since Miles is still learning how to be Spider-Man, there are some ‘rookie’ moments, like his flailing web swings and accidentally rescuing Rhino. The story also highlights Miles’ connection with the community and his family, thus underlining his nice-guy portrait carried forward from the movies and comics.


Although Miles Morales is available on both PS4 and PS5, the latter obviously manages to elevate the experience, given the incredibly fast load times (thanks to PS5’s newly embraced SSD) and breath-taking visuals.


Players can choose from three modes: Fidelity, Performance, and Performance RT. Fidelity comes with ray-tracing, enhanced lighting and additional effects and thus provides the best image quality, but at 30 frames per second. Ray tracing allows you to see Morales’ reflection on the windows of the sky-scraper you are climbing while his Spider suit looks life-like. Miles Morales is set around Christmas, and the game uses the lights and decorations to fully capture the festive spirit of New York’s Christmas.


The performance mode, meanwhile, does without these graphical enhancements and upscales to 4K from a lower base resolution. The performance RT mode keeps ray tracing and 60fps but reduces the resolution to around 1080p, and lowers the reflection quality.


On the other hand, it offers smooth web swinging and fluid combat experience without compromising too much on the graphical front (even though the lighting gets visibly flatter and less dynamic).


The fundamental swinging and fighting moves in Miles Morales remain similar to its much-celebrated 2018 predecessor. But you can feel the definite stamp of Mile’s personality on the game. The free-flowing, combo-chasing combat system is retained, and is complemented by scenarios that require elaborate use of traps and combo moves.


Miles also has a couple of powers that Parker doesn’t — one being bio-electricity generation that can temporarily paralyse his enemies, and the other the ability to turn invisible (which is especially useful in stealth challenges). At the same time, Miles’ opponents also possess a host of new tech with each enemy boasting different attacks that forced me to utilise and combine all sorts of moves. This makes sure that neither the main campaign nor the side challenges ever feel repetitive. The game also allows Miles to level up in terms of skills and unlock new spider suits over the course of the game.


Like its predecessor, Miles Morales boasts an expansive open world. The main storyline takes around 10 hours to finish, but there are also a bunch of side activities with enough variations. For instance — completing sound samples, rescuing a cat, helping a window washer restore power to his platform.


Unsurprisingly, Miles Morales draws a lot from the original 2018 game but also adds enough elements of its own that make it feel fresh. The incredible swinging mechanics remain, while the side missions have more variations, and Miles himself shows off some of his new moves, as do his opponents.


‘Spider-Man: Miles Morales’ is available at Rs 3,999, which is on a par with the price of the original — Marvel’s Spider-Man — despite being much more compact. But if one is willing to pay that price, it’s a beautiful-looking game that leverages the power of the new PS5 while cutting back drastically on the loading time.