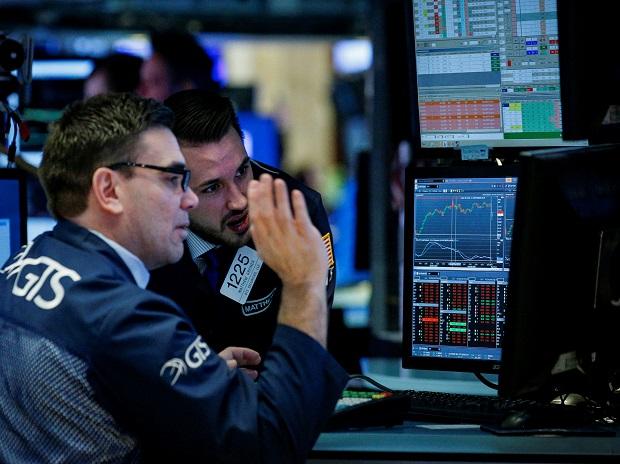 
NEW YORK (Reuters) – Wall Street reversed course late Tuesday, with the S&P 500 and the Dow whipsawing to positive territory by the closing bell in a tug-of-war between stocks that thrived amid lockdowns and those that stand to benefit most from a reopening economy.

The Nasdaq was the only major U.S. stock index to lose ground on the day.


Market-leading growth stocks, which thrived amid pandemic-related lockdowns, weighed on stocks for much of the day as investors favored shares that stand to gain most as ongoing vaccine deployment allows economic restrictions to be lifted.


“People are buying the dip, a move that’s been rewarded for months in a one-sided market,” said Dennis Dick, head of market structure and a proprietary trader at Bright Trading LLC.


“It’s tough to be a bear, it’s really tough. The only fear out there is the fear of missing out,” Dick said.


Testifying before the Senate Banking Committee, Powell said the economic recovery was “uneven and far from complete,” adding that investors are mostly responding to an anticipated rebound as vaccine deployment curbs the pandemic.


“People took his words to heart. It made them go back to their buying lists,” said Chris Zaccarelli, chief investment officer at Independent Advisor Alliance in Charlotte, North Carolina. “For people with cash on the sidelines waiting to put it to work maybe his interview this morning gave people a little confidence to go back to drawing board and put money to work this afternoon.”


Of the 11 major sectors in the S&P 500, seven closed in positive territory, but consumer discretionary and tech shares suffered the largest percentage losses.


Tesla Inc lost 2.2% to close in negative territory for the year, pulled down amid the tech selloff and falling bitcoin, which lost 12.0%. Tesla recently invested $1.5 billion in the cryptocurrency.


Home improvement retailer Home Depot Inc posted better-than-expected quarterly earnings. But it cast doubt on whether spiking sales, driven by homebound consumers taking on do-it-yourself projects amid COVID lockdowns, are sustainable going forward. Its shares were the heaviest drag on the Dow, falling 3.1%.


Declining issues outnumbered advancing ones on the NYSE by a 1.59-to-1 ratio; on Nasdaq, a 2.58-to-1 ratio favored decliners.


Volume on U.S. exchanges was 16.52 billion shares, compared with the 16.06 billion average over the last 20 trading days.