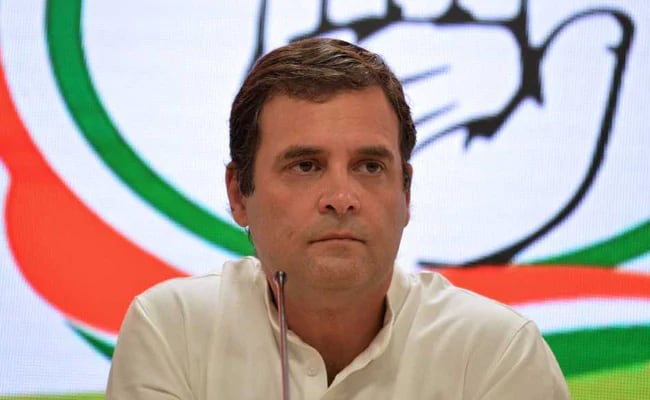 During this foot march, Rahul Gandhi, the Congress leaders said, will “listen a lot and speak less”.

Congress’s Rahul Gandhi will walk all the way from Kanyakumari to Kashmir during the 148-day Bharat Jodo Yatra and sleep in a shipping container cabin at night, the Congress has said.

The container cabins are expected to arrive in Kanyakumari by September 5. The 3500-km yatra will be flagged off from Kanyakumari on September 7 with a massive public rally.

The party — which has been on a downward spiral since its defeat to the BJP in 2014 — has planned the march as a massive mass contact exercise ahead of the 2024 general elections.

Leaders of the Congress, however, denied any political angle and insisted that the yatra “is meant for peace and not divide”.

During this foot march, Rahul Gandhi, the Congress leaders said, will “listen a lot and speak less”.

Mr Gandhi, along with his mother Sonia Gandhi and sister Priyanka Gandhi Vadra, is currently abroad. They have visited Mrs Gandhi’s hometown in Italy, where her mother died this weekend.

Congress spokesperson Dr Shama Mohamed told NDTV that Rahul Gandhi will stay in these containers all through the padyatra.

“The planning began as early as four months ago. It is a peace yatra to get back our diverse India without the hatred when the ruling dispensation divides and subverts democracy in state after,” the spokesperson said.

At a press conference earlier today, senior Congress leader Digvijaya Singh said the march will start on the morning of September 8. The participants will walk for 6 to 7 hours every day and “hold mass contact with people across the country,” he said.

Marches will be organised from 7 am to 10 am in each assembly constituency across the country to coincide with the yatra.

Chief Minister MK Stalin, whose DMK is an ally of the Congress, will be present at the launch of the Bharat Jodo yatra, sources said.
The march also comes amid preparations for the party’s organisational elections.

The Congress has said it will release a list of voters following demand by senior leaders Shashi Tharoor, Manish Tiwari and Karti Chidambaram. All contestants would be given the list but it will not be shared on the website, the party has said.