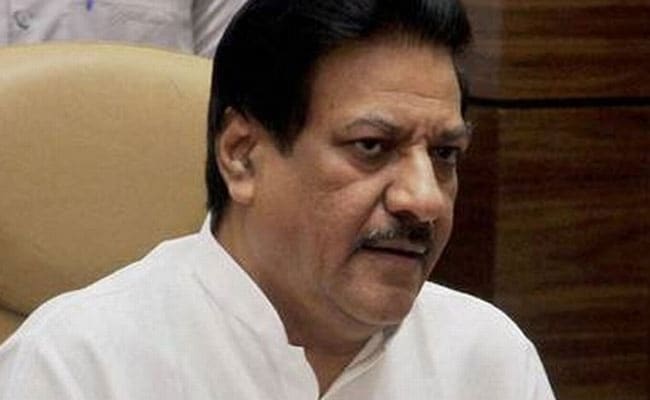 Prithviraj Chavan said elections should be held at every position in the party. (File)

Former Maharashtra chief minister Prithviraj Chavan on Sunday cautioned that the Congress will not survive if someone is made a “puppet president” as the party announced the schedule to elect its new chief.

Stating that elections should be held for all posts, including the Congress Working Committee (CWC), Prithviraj Chavan who is a member of the G-23 dissident group said that urgent steps are needed to save the party and the “backseat driving” will not work.

Senior Congress leader also said that if Rahul Gandhi does not want to become the president, then alternative arrangements should be made and a new Congress president should be elected through elections.

On Ghulam Nabi Azad’s resignation, he said, “His resignation is unfortunate… Elections are due in Jammu and Kashmir and Himachal Pradesh. In J&K a very junior and outsider (Tariq Hameed Karra) was made the head of the Political Affairs Committee (PAC) and Azad Saheb was made a member. What was the reason for this? Was this discussed?, Chavan asked.

According to him, “On one hand Sonia Gandhi tried to include leaders like Ghulam Nabi Azad and Anand Sharma in the election campaign. He was also given some responsibility. The people at the bottom, whom Azad sahib called ‘coteri’, did not even listen to Sonia ji.”

“An important issue is that if Rahul Gandhi has said that neither he nor anyone from his family will be Congress president, then why he should not be believed? If they are not made then another alternative arrangement will have to be made. Elections should be held and then someone will become the president,” Mr Chavan said.

Mr Azad had on Friday resigned from the party’s primary membership and all posts, alleging that the Congress leadership was cheating in the name of internal elections. He had also accused Rahul Gandhi of “immature and childish” behaviour.

The Congress had hit back at Mr Azad, accusing him of betraying the party and said that “his DNA has been Modi-fied”.

When asked to what extent the issues raised by G-23 in its letter were resolved, Mr Chavan said, “Some small steps have been taken. We had asked for contemplation because we lost two Lok Sabha elections, lost about 40 assembly elections. Was there any meditation camp on this? If we don’t meditate, it will continue like this.”

The former Maharashtra chief minister emphasized that, “We stand by every point we made in the letter. There are many things on which Ghulam Nabi wrote. Now the time for talk is over, now is the time for taking action. If steps are not taken, it will be difficult to save the party.” Ghulam Nabi Azad, Anand Sharma and 21 other Congress leaders had written a letter to Sonia Gandhi after meeting in August, 2020. In this, he had made many demands to strengthen the party, in which the demand for organization elections and active leadership was prominent. The letter was seen as a challenge to the Congress leadership.

Many leaders of the G-23, including Azad, Kapil Sibal and Jitin Prasad have left the Congress and some leaders like Veerappa Moily have distanced themselves from the grouping.

On the discussions related to the names of Ashok Gehlot and some other leaders for the post of Congress President, Mr Chavan asked, will the name be decided before the election, and then the election date will be told? Mr Chavan said, “You decide the date of the election, whoever has to fill the form will come out. Why are you causing the reverse process? You will confirm the name in advance and then conduct elections, does this ever happen? Hold elections, whoever has to fight, will fight.” He also said, “If backseat driving continues by making a puppet president, then the party will not be able to survive.”

Mr Chavan also demanded the holding of elections at every level of the organization in the Congress.

“According to the Congress constitution, elections should be held for all posts. Elections used to held for the Congress Working Committee and other posts. Organization elections were held for the last time 24 years ago during the time of Sitaram Kesari. Now all the posts are headed by the people nominated by the Congress President. No one speaks against the one who is nominated by the President. Elected people give right advice to the President, nominated ones don’t do that. That’s why the party loses,” Mr Chavan reasoned.

The Congress Working Committee on Sunday decided to hold the election for the party’s full-time president on October 17.