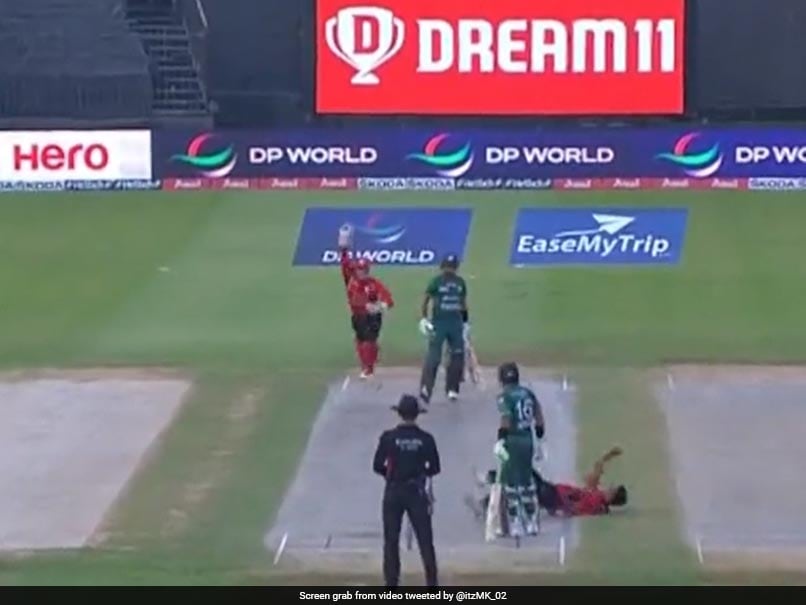 Hong Kong spinner Ehsan Khan gave his team a great start in their Asia Cup Group A match against Pakistan on Friday in Sharjah as he took a sharp catch to send star batter Babar Azam packing in the third over. Hong Kong won the toss and opted to bowl and Ehsan Khan gave his captain reason to be happy as he dove to his right to take a low catch as Babar Azam fell for 9 off 8 deliveries. It was a top effort by Ehsan, especially as it came off his own bowling.

While the Pakistan skipper came into the tournament in great form, he has not had a great Asia Cup campaign so far. He scored just 10 against India in their defeat in the first match and fell cheaply again on Friday.

While Hong Kong started well with the ball, Mohammad Rizwan and Fakhar Zaman steadied the ship for Pakistan before a late assault helped take them to a commendable score of 193/2.

Rizwan stayed unbeaten on 78 off 57 deliveries, while Fakhar Zaman made 53 off 41.

But the score could have been lower had it not been for Khushdil Shah, who smashed four sixes in the final over to finish on 35* off 15.