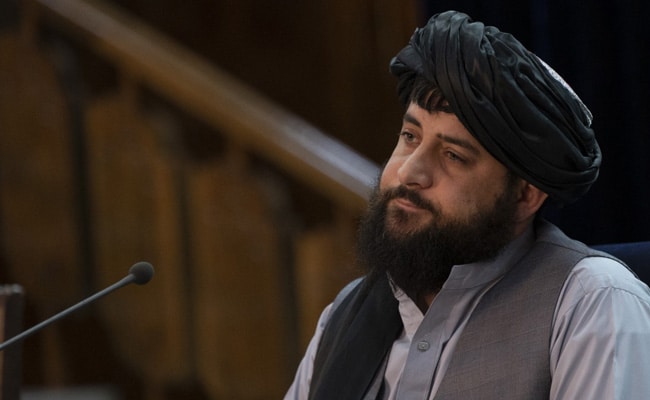 US drones continued to be seen flying over Kabul even now, Afghanistan Defence Minister said.

Afghan defence minister Mohammad Yaqoob Mujahid accused Pakistan on Sunday of providing airspace for US drones to enter his country, characterising the incursions as a continuation of Washington’s “invasion”.

Mujahid’s comments came less than a month after US President Joe Biden announced the killing of Al-Qaeda chief Ayman al-Zawahiri in a drone strike in Kabul.

US drones continued to be seen flying over Kabul even now, Mujahid said.

“Our information shows that they (US drones) are entering into Afghanistan from Pakistan, using the airspace of Pakistan,” Mujahid told reporters when asked where the drones were coming from.

“We demand that Pakistan should not allow its airspace to be used against us.”

There was no immediate response to Mujahid’s comments from the Pakistani military, but it has previously denied allowing the country’s airspace to be used, most recently over the Zawahiri case.

Deploying these drones into Afghanistan is “still a clear invasion of Afghanistan and its airspace by the Americans”, Mujahid said.

“They are doing this shamelessly. We condemn this illegal act and demand that the Americans put an end to it.”

The United States led an invasion of Afghanistan in 2001 that toppled the first Taliban government, after the hardline Islamist group refused to hand over the late Al-Qaeda founder Osama bin Laden following the 9/11 attacks.

The drone attack in July that killed Zawahiri, bin Laden’s successor, was the first known strike by the US on a target in Afghanistan since Washington withdrew its forces from the country on August 31 last year.

“We will share the details when it is complete,” he said.

Officials have neither confirmed Zawahiri’s presence in Afghanistan nor acknowledged his death.

Border tensions between Pakistan and Afghanistan have risen since the Taliban seized power on August 15 last year, with Islamabad claiming militant groups are carrying out regular attacks from the neighbouring country.

The Taliban government deny harbouring Pakistani militants, but are also infuriated by a fence Islamabad is erecting along their 2,700-kilometre (1,600-mile) border known as the Durand line, which was drawn up in colonial times.

Ties between the two countries were further strained when Pakistani military air strikes in eastern Afghanistan killed and wounded dozens of people in April.