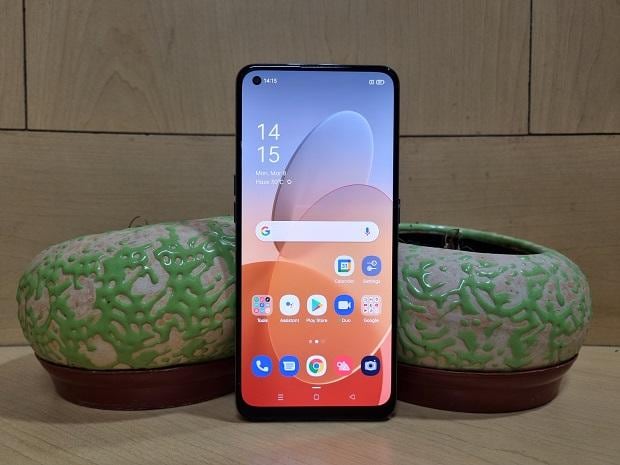 OPPO has traditionally been known for its camera-centric smartphones. While most of its smartphones are centered on all-round capabilities, it is the company’s F-series that has consistently been developed around camera-centric innovations above anything else. Fresh in the series is the OPPO F19 Pro Plus, a midrange smartphone loaded with OPPO’s exclusive camera features for distinct imaging experience. Powered by MediaTek Dimensity 800U system-on-chip, the smartphone boasts a thin-and-lightweight design, punch-hole AMOLED screen, in-display fingerprint sensor, quad-camera array on the rear, and fast-charge support.


Priced at Rs 25,990, the OPPO F19 Pro Plus seems to have a balanced specifications-price ratio. But is it as good as it seems on paper? Let’s find out:


OPPO continues to add finesse to its minimal design language by improving ergonomics. Though the OPPO F19 Pro Plus carries over the plastic construction of the previous iteration, the upgrades here are mostly around the form factor and build quality. The OPPO F19 Pro Plus is compact, sturdy and has a lightweight design that makes it easy to hold and operate. For novelty, it boasts a frosted glass with matte texture on the back cover.


Though it is not the only smartphone to experiment with a frosted glass theme, the minimal design and neat rear profile make it look different, in a good way, from other smartphones. The matte texture protects the phone from fingerprint smudges and adds some level of protection from scratches too. The phone’s rear-camera module protrudes, but not so much as to bring a distraction to the rear profile. Thankfully, the phone comes with a silicone cover that reduces the camera bulge when applied on the phone. Besides, it also protects the back cover from scratches. On the downside, the cover adds some weight and size to this otherwise thin-and-lightweight smartphone.


The OPPO F19 Pro Plus sports a 6.43-inch sAMOLED screen of a fullHD+ resolution. It is a flat screen with slightly curved edges (not the two-side curved screen) which makes it easy to use, especially with the phone’s gesture-based navigation. The screen leaves reasonable bezels at the top and on sides, and a fairly large one at the bottom. The bottom bezel is a distraction, but not if you use the phone in the vertical orientation. Speaking of distractions, the screen has a punch-hole on the top-left side for the phone’s front camera. Though the phone’s user interface is optimised to not let the cut-out area cause any distraction, it comes in the way of on-screen content, especially if the content has bright colours. 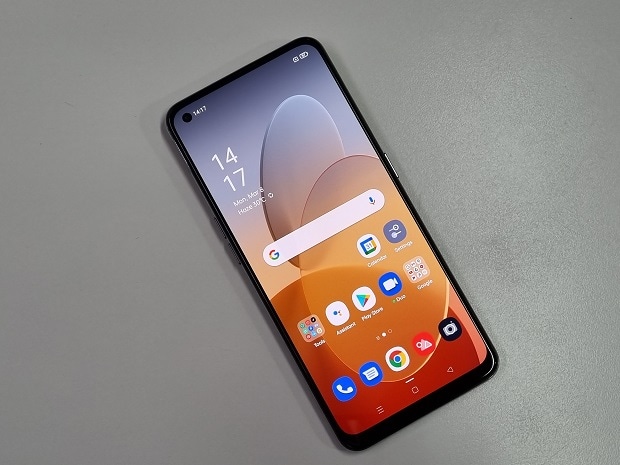 The screen is bright, vivid and responsive. It is a panel of 60Hz refresh rate, which might pinch some, considering there are many phones in the midrange segment with screens of 90Hz or even 120Hz refresh rates. The absence of a high refresh rate is visible in daily usage, especially if you have used a smartphone with screen refresh rate higher than the conventional 60Hz. But if you are switching from a smartphone with a screen of 60Hz refresh rate, the OPPO F19 Pro Plus’ display may impress you with its rich colours, contrast and brightness. Moreover, the phone’s user interface seems neatly optimised to make the most from the display.


From a smooth UI movement to swift transition and quick scrolling, there is no way one would find the screen wanting in smoothness. Complementing the display is the OPPO’s new always-on mode, which shows time, date and other relevant information on the lock screen. The screen boasts an in-display fingerprint sensor, which is slow and inaccurate but gets the job done anyway.


The primary sensor works well across light conditions. It captures a good amount of detail without any visible noise or distortion. Though the sensor captures saturated colours, which might not please everyone, it does not compromise on the dynamic range, highlight and shadow details. The ultra-wide sensor is good for landscape shots. It works well in good light conditions but struggles in low light environments. The macro sensor is mediocre and lacks both clarity and detailing. It, however, takes fine shots in amply brightened environments. Overall, the rear-camera set-up is versatile and its utility goes beyond regular point-and-shoot imaging. As for the front camera, it is good for selfies but not best suited for group selfies because of its narrow field-of-view (FoV). The front camera supports the night mode for lowlight selfies, but it requires stable hands to capture decent images free from motion blurs.


As for the videos, this is where OPPO has upgraded the imaging capability for the OPPO F19 Pro Plus. The smartphone brings OPPO’s new AI highlight video feature, which it debuted with the Reno 5 Pro 5G (review). This video-centric feature is touted to improve the dynamic range, colour depth and range, and contrast to deliver enhanced video experience irrespective of light conditions. In real life, the feature improves low-light video recording capability, but not always. Though it brightens the scene, however dim, it works only if there is some light in the frame. In daylight condition, the feature enables HDR, based on the scene requirement, to capture details that otherwise go missing. Overall, it is a good value-added feature.


Aside from the AI highlight video feature, the OPPO F19 Pro Plus also gets the dual-view video, AI colour portrait, monochrome video, and ultra-steady video. The dual-view video feature lets you use both the front and rear cameras simultaneously to record videos. The AI colour portrait feature applies black and white filters on the frame background while keeping the colours on the subject. It, however, works only on human subjects. The ultra-steady video uses electronic image stabilisation to record videos free from motion blur and shakes.


Powered by MediaTek Dimensity 800U system-on-chip, paired with up to 8GB RAM and 128GB on-board storage, the phone is a big improvement with regard to performance when compared with its predecessor and some peers. It handles every task with ease. It works fine as a daily driver for most tasks and handles processor- and-graphic-intensive jobs well. There are no thermal issues here and the graphic-intensive gaming performance is as good as you get on any other midrange smartphone. Rounding up the swift performance is the 5G network capability, something that may not mean anything until the supported network services roll out in the country. On the bright side, the 5G connectivity makes the OPPO F19 Pro Plus future-proof. 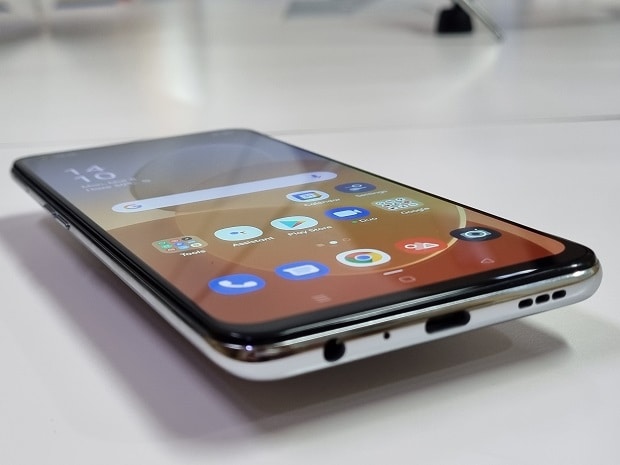 The performance is complemented by the Android 11 operating system-based ColorOS 11.1 user interface. From a lot of UI customisation to new ringtones and always-on display themes, the operating system is full of surprises and feels polished in everyday use.


The OPPO F19 Pro Plus is powered by a 4,310mAh battery, which keeps it going for around a day on normal usage. Processor- and graphic-intensive apps drain the battery quickly, but with disciplined use of such apps and tasks you get a full day’s on-battery time. Thankfully, the phone comes with a 50W Flash Charge adapter, which charges a completely drained battery to full in less than an hour.


The OPPO F19 Pro Plus is a balanced package, which could have been an all-rounder with a screen of a refresh rate higher than the conventional 60Hz. Nevertheless, it is a good midrange smartphone with a brilliant design, capable cameras, swift performance, intuitive user interface, and decent on-battery time supported by one of the industry-leading fast-charge technologies.