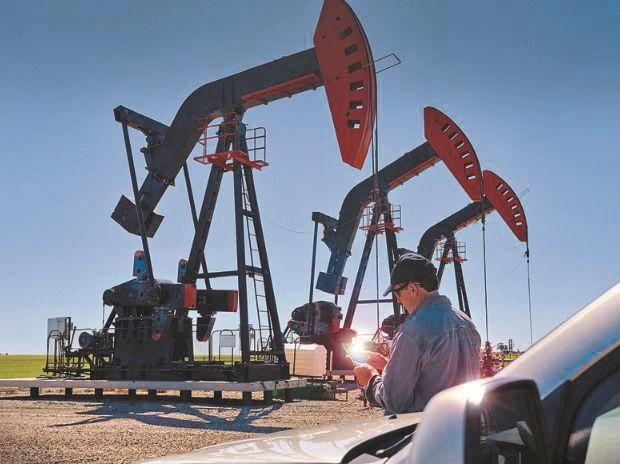 
NEW YORK (Reuters) – Oil fell to around $68 a barrel on Tuesday in a choppy session, pressured as concerns faded of a supply disruption in Saudi Arabia, which countered a pause in the dollar’s rally and prospects for tighter supply due to OPEC+ output curbs.

On Monday, crude hit its highest level since the start of the coronavirus pandemic, a day after Yemen’s Houthi forces fired drones and missiles at Saudi oil sites. Saudi Arabia said it thwarted the strike, however, and prices slipped as supply fears eased.


Crude inventories rose by 12.8 million barrels in the week


to March 5, compared with analysts’ expectations in a Reuters poll for a build of 816,000 barrels, sources said.


“This is more of the same as refineries remain shut down,” said Phil Flynn, senior analyst at Price Futures group, speaking after the API data was released.


Last week’s record decline in U.S. inventories came after the shutdown of Gulf Coast refineries due to the recent winter storm in Texas.


“The market seems to be softening on those concerns. It’s had an incredible run, and it’s due for a correction,” Flynn said.


Official figures from the EIA are expected Wednesday at 10:30 a.m. ET.


The Organization of the Petroleum Exporting Countries (OPEC) plus Russia and allies, a group known as OPEC+, decided on Thursday to broadly stick to output cuts, fueling a rally.


“Caution is advised as prices are, of course, not going to rise forever,” said Bjornar Tonhaugen of Rystad Energy. “A more definite price direction is expected soon, when the U.S. weekly oil inventory reports” are released.


“Dips have been lately viewed as buying opportunities,” said Tamas Varga of broker PVM. “Last week’s OPEC+ meeting will ensure that the global oil balance will get tighter in the foreseeable future.”


A stronger U.S. dollar, which tends to crimp investor demand for commodities, has weighed on oil, analysts said. The dollar eased from a 3-1/2-month high reached earlier.


Prices gained support from expectations of a U.S. economic recovery after the U.S. Senate approved a $1.9 trillion stimulus package. The U.S. House of Representatives must approve it before it goes to President Joe Biden for his signature.