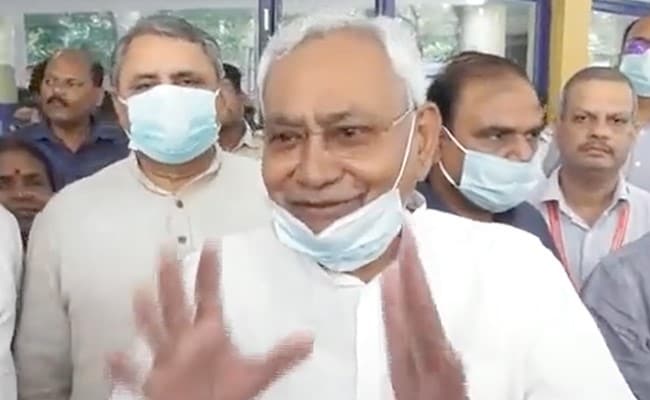 Currently, the BJP-led coalition is backed by 55 MLAs in the 60-seat assembly. This includes seven JD(U) members. Even if the party withdraws support, it would bring the number of the ruling coalition to 48 — way above the majority mark of 31.

The JDU was extending outside support to the Biren Singh government even though Mr Kumar had ended the alliance with the BJP and walked out of the National Democratic Alliance.

The final decision on this will be taken at a crucial meeting of the Manipur unit of the party with JDU national leaders during the upcoming national executive meet in Patna on September 3-4.
The BJP and the JD(U) were not in alliance in the state elections that took place earlier this year.

After the elections, the seven JD(U) MLAs had extended support to the Biren Singh government since the party was part of the NDA, sources in the Manipur unit said.

The JD(U)’s Manipur unit has discussed the matter in the last state executive meet held on August 10, sources said.

Mr Kumar ended the alliance with the BJP earlier this month. Sources said he had concerns that the BJP was plotting a repeat of the Maharashtra model — where the Uddhav Thackeray government was dismantled by the rebellion by senior Shiv Sena leader Eknath Shinde who is now the Chief Minister.

On August 10, he took oath as the Chief Minister of Bihar for the eighth time, at the head of a new Grand Alliance with Tejashwi Yadav’s Rashtriya Janata Dal, the Congress and multiple smaller parties.