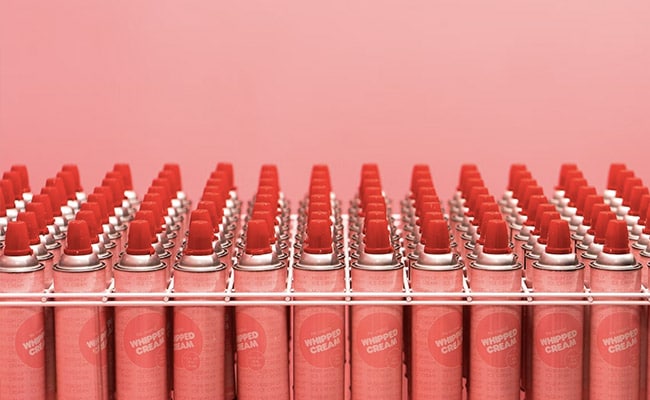 A nearly year-old state law banning the sale of whipped cream canisters to people under the age of 21 has been enforced in New York, US. According to Newsweek, the law went into effect in November 2021, but it was only recently that convenience stores in the state became aware of it. The law is meant to prevent teenagers from using whipped cream canisters to inhale nitrous oxide, commonly known as laughing gas.

“Nitrous oxide is a legal chemical for legitimate professional use but when the cartridge is used improperly, it can be extremely lethal,” US Senator Joseph Addabbo, who sponsored the law, said in a statement to the outlet.

The law was passed last year amid concerns that teenagers are increasingly getting high by inhaling nitrous oxide – also known as “whippets” – as a propellant in the canisters. But now convenience stores in New York became aware of it, following which they started installing signs to fully prohibit customers younger than 21 to purchase the canned dessert topping.

Nitrous oxide is a dissociative anaesthetic that can be inhaled by discharging nitrous gas cartridges known as “whippets”. The drug can give a feeling of “euphoria”, but it can also cause loss of blood pressure, fainting, heart attack and sudden death. Potential long-term effects include memory loss and psychosis.

Therefore, when Mr Addabbo became aware of the detrimental effect nitrous oxide was having on his district, he sponsored the bill banning the sale of whipped cream to teenagers. He noted that he first became aware of the problem in the community after constituents had complained about the number of empty canisters being left on the street. He called the law an “important step” in combating the “significant problem”.

“Sadly, young people buy these cartridges and inhale this gas to get ‘high’ because they mistakenly believe it is a ‘safe’ substance,” Mr Addabbo said in a statement, adding, “This law will eliminate easy access to this dangerous substance for our youth.”

Ken Sorpis, president of the New York Association of Convenience Stores, reportedly said that the enforcement lagged due to issues with tracking the law. He stated that he himself became aware of it about two months ago and then began telling other members about it.

Whippets are the most popularly used inhalants according to the Substance Abuse and Mental Health Services Administration (SAMSHA). 4.6 percent of teenagers aged 12 to 17 have misused the drug, compared to 5.6 percent of individuals older than 26, SAMSHA reported.