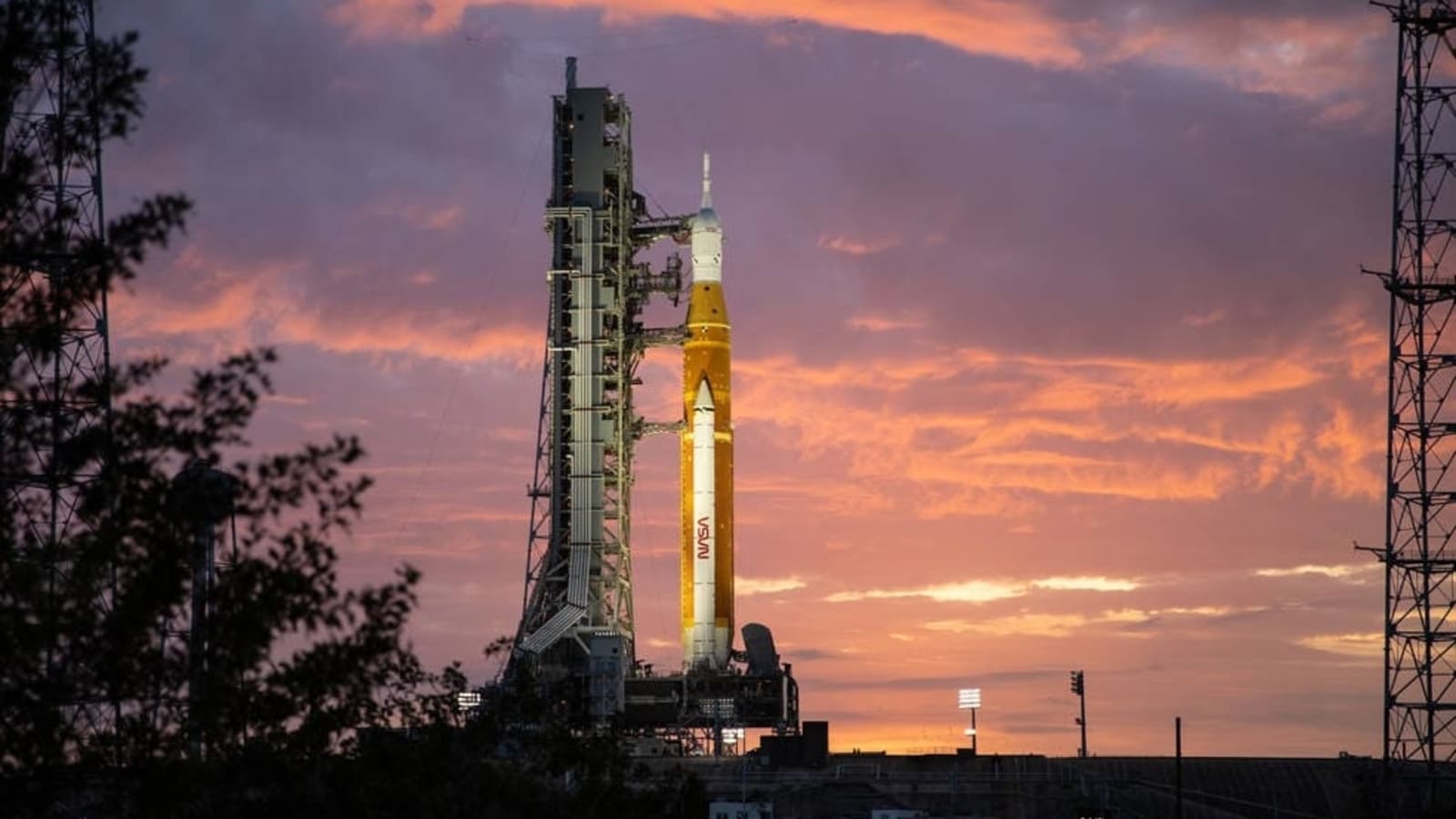 Nasa has postponed the launch of its Artemis 1 mission from the Kennedy Space Center due to a malfunction in one of the engines.

The Artemis 1 mission was due for launch at 6:03pm IST yesterday from the Kennedy Space Center in Cape Canaveral, Florida. However, Nasa postponed the launch due to a technical snag. Despite all the attempts to launch, Nasa ultimately scrapped the launch. NASA administrator Bill Nelson said, “We don’t launch until it’s right. This is a very complicated machine. You don’t want to light the candle until it’s ready to go.” The Artemis missions are Nasa’s attempt to send man back to the Moon for the first time since the Apollo 17 mission in 1972.

According to Nasa, yesterday’s launch was postponed due to a malfunction in the core stage of one of the four RS-25 engines of the Space Launch System (SLS). Before the launch, the four engines were bled with liquid nitrogen as well as hydrogen to prepare them for launch. However, Nasa engineers noticed that one of the RS-25 engines was not bleeding properly. To counter this, engineers planned to close the pre-set valves on engine 1,2 and 4, and let the tank vent from engine 3. However, even this didn’t resolve the issue.

Additionally, engineers also detected a “leak” in the inner tank of the upper stage. There was a visible build-up of ice and frost and a trail of vapour could be seen. NASA spokesperson Derrol Nail said, “During the transition from slow fill to fast fill of liquid hydrogen, launch controllers saw a leak in the amount of hydrogen that was allowed to leak into the purge can. Engineers looked at the percentage, which exceeded 4 per cent. They examined the situation, looked at all the data, slowly chilling down the lines and getting back into fast fill. So far, that is holding as we get nearly 40 per cent filled.”

Jeremy Graeber, assistant launch director for this mission said, “As that leak showed itself, the team went into a configuration called “revert,” which means we took the pressure off the tank so that the leak is no longer fed with pressure. Once they did that, we did some discussion and troubleshooting to understand where that leak was coming from and during this, we got back into slow fill. The leak then flattened out below our limits and we have not had an increase in that leak throughout that fill. Now we are in great shape.”

Nasa has two more backup dates planned for launch. Nasa will now make another attempt to launch the Artemis 1 on Friday at 12:48pm EDT.