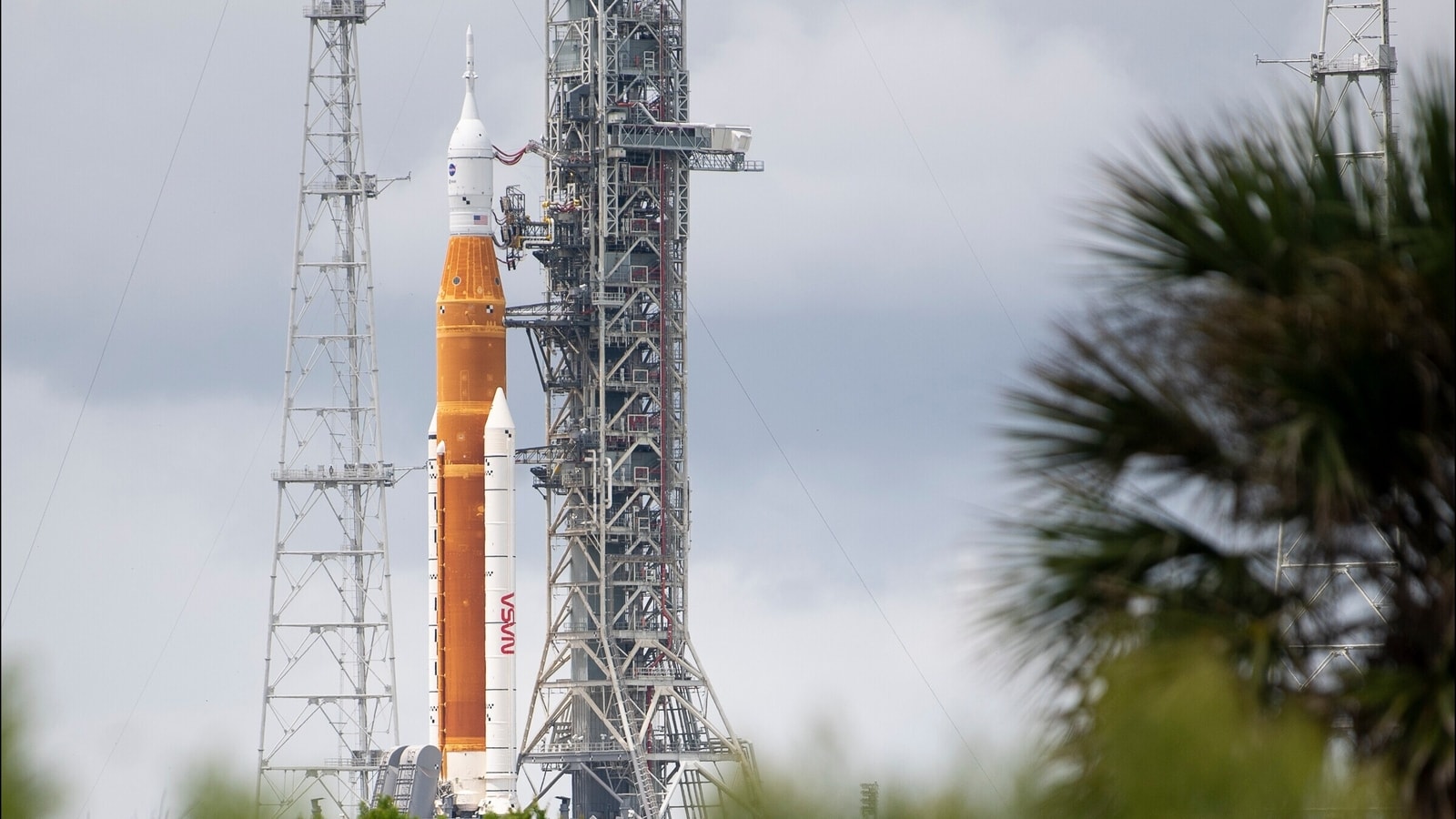 NASA Artemis 1 Moon rocket is all set for the launch to the Moon today. You can watch the launch event live on NASA TV, NASA’s YouTube channel and more. Check details here.

NASA Artemis 1 Moon rocket is ready for launch. Yes, this most awaited day is finally here! NASA is all set to return to the Moon with the launch of the Artemis 1 rocket today, August 29. The launch event can be watched live online at NASA’s official YouTube channel, NASA TV, and more. The rocket has even got fueled up for the launch and will lift off from NASA’s Kennedy Space Center in Florida. Informing about the same, NASA tweeted, “Watch our mega Moon rocket @NASA_SLS get fueled up for launch. Follow @NASAGroundSys for updates on propellant loading in preparation for the #Artemis 1 liftoff from @NASAKennedy.”

Earlier on August 27th, NASA took to its official Twitter account to inform that there are many ways to watch Artemis 1 launch to the Moon. It further said that the event can be watched in 4K too and the two-hour launch window will open at 8:33am EDT on August 29. “One rocket. One mission. Many ways to watch #Artemis I launch to the Moon. See the thread for simulcasts, including how to watch in 4K. Pick your favorite, set a reminder, and spread the word. The two-hour launch window opens at 8:33am EDT on Aug. 29,” the tweet read.

It can be known that NASA will begin the Artemis missions by launching an uncrewed spacecraft on a six-week mission around the Moon and back to Earth. Through Artemis missions, NASA will land the first woman and the first person of color on the Moon, paving the way for a long-term lunar presence and serving as a steppingstone to send astronauts to Mars. During Artemis I, Orion will travel from Earth to beyond the far side of the Moon.

Watch NASA Artemis I launch live: Here is when and where

NASA will be streaming the launch of Artemis I to the Moon on its official YouTube channel on August 29. The launch event will be streamed live at 4 PM. People who want to watch the Artemis I launch live on YouTube can click on the link here- https://www.youtube.com/watch?v=CMLD0Lp0JBg.

12 a.m.: Coverage begins for the fueling of the Space Launch System Moon rocket on the Artemis I mission.

6:30 a.m.: Artemis I launch coverage begins in English. Launch coverage will continue through translunar injection and spacecraft separation, setting Orion on its path to the Moon. (Two-hour launch window opens at 8:33 a.m. EDT)